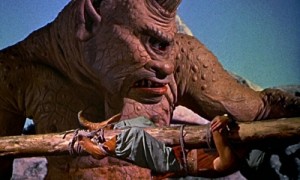 The SYFY channel has just ordered 12 episodes of ‘Sinbad’ a new action adventure series from BBC Worldwide.  And no, I’m talking about the comedian.  ‘Sinbad’ will chronicle the famous sailor’s voyages over the globe.  The series should air starting in April of next year on the SYFY network.  If this is as good as ‘Battlestar Galactica’, then you know I’m one billion percent in.

“When mystical meets muscle, anything can happen in this exciting, action-packed series,” said Syfy’s SVP, programming and original movies Chris Regina, who oversaw the acquisition. “With its strong production values and rich story, Sinbad will be a terrific addition to our primetime lineup.”

I’m looking forward to this.  How bout you?