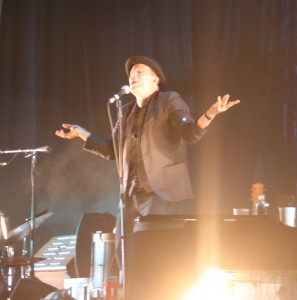 So, over the past several days, Tom Waits has been teasing his fans (which include me) about something he was announcing today.  He has posted a few images on his website hinting of what’s to come.  It all seemed to be pirate themed.  There was tons of speculation over the internet about what the musician had up his sleeve.  We were all hoping for a tour announcement.  Maybe a Tom Waits cruise?

Sadly, there was no tour announcement.  He released a music video for the song ‘Hell Broke Luce’ off his recent album ‘Bad as Me’.  I really thought that he was going to announce a tour, since he was on a couple of the late night talk shows recently.  This music video is very cool and has some video you might recognize from the images he has been posting online.  The music video is directed by Matt Mahurin, who has directed a number of music videos for Metallica, U2, and Peter Gabriel.  I still haven’t lost hope for another tour, but I guess I’ll just have to wait longer.  Enjoy the music video below.