Bob Dylan songs to make world Premiere in new season of ‘Strike Back’ for Cinemax!!!

Two new songs from legendary singer-songwriter Bob Dylan will be featured in the second season of CINEMAX’s Emmy®-nominated action drama series STRIKE BACK, which begins Aug. 17. Both previously unreleased songs appear on Dylan’s upcoming album “Tempest,” to be released Sept. 11, marking his 50th anniversary as a recording artist and his 35th studio release. 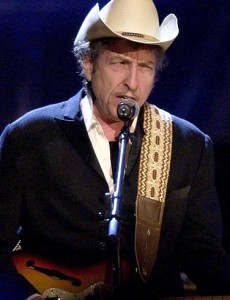 “Early Roman Kings” will make its world premiere in a music video promo featuring scenes from the new season, and airs on CINEMAX and HBO starting today. It will also be available at cinemax.com. “Scarlet Town” will make its world premiere over the end credits following the back-to-back debuts of the first two episodes on FRIDAY, AUG. 17 (10:00-11:30 p.m. ET/PT).  In addition, the song will play after the subsequent separate plays of both episodes, which will also be available from Max On Demand and Max GO.