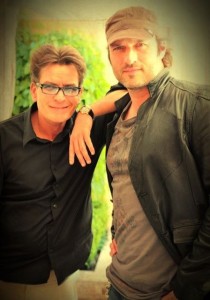 Charlie Sheen announced earlier today that he will be on the big screen once again as he is joining the cast of Robert Rodriguez’s ‘Machete Kills’, the sequel to ‘Machete’.  More good news, is that Sheen will play the United States of America.  It’s not going to be a large role, but it will be one of importance and great humor.

Both Sheen and Rodriguez announced the news on their twitter pages.  “I just cast Charlie Sheen in #machetekills as the President of the United States! Who better? More soon..” tweeted Rodriguez.  Sheen said, “My fellow Americans,”.  I like this already.  Sheen’s new show ‘Anger Management’ is about on premiere on FX on June 28.

I look forward to more casting news out of this film as well as Machete himself swinging on some guy’s guts out a window again.