Will Kenneth Branagh Direct the Next ‘Jack Ryan’ Film?!?!? 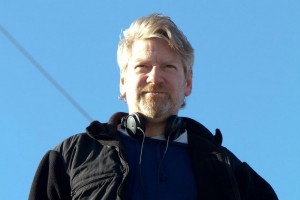 Paramount is trying to get the ‘Thor’ director to take over the troubled Jack Ryan series so they can finally put out another film.  This is happening because the original director Jack Bender (LOST) stepped down because none of the execs or creative team could come to terms on what type of film they want to make.  Chris Pine was set to take over as the star previously played by Harrison Ford and Ben Affleck according to Vulture.

Bender had previously committed to a project for the SY-FY network and when things could not get underway with the new Jack Ryan film, he had to go.   Pine wanted to make a character-driven espionage movie.  The producer, Lorenzo di Bonaventura, wanted to make Jack Ryan into an action movie. Paramount executives wanted to make it a thriller, and screenwriter David Koepp was supposed to sort that all out.  That’s pretty much impossible to do in the span of two hours without completely being over the top.

I guess they reached out to Branagh because he did a great job with ‘Thor’ and that film did make quite a bit of money.  Haven’t we really said all we need to say with the Jack Ryan character?  It’s not necessary.