Richard Kelly and Robert Rodriguez Team Up For ‘Corpus Christi’!!! 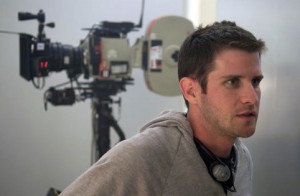 ‘Donnie Darko’ director Richard Kelly is prepping his new indie film with director Robert Rodriguez (Sin City/Machete/Spy Kids) and is to be titled ‘Corpus Christi’ with Richard Kelly directing and Austin, TX. native Rodriguez in a producing role.  Kelly and Rodriguez have cast Edgar Ramirez to star in ‘Corpus Christi’.  Edgar was seen in ‘Carlos’ as of recently which was one of the better mini series of the last few years.

Kelly’s production company ‘A Darko Entertainment’ will put out the film  and will be a thriller set in the near future and will follow Paciencia De La Rosa (Ramirez) who is an Iraqi war vet with severe shell shock who forms a treacherous friendship with a wealthy man in Texas.  Eli Roth (director of the Hostel films) will also produce the film.  Shooting is set to start in Austin and Corpus Christi in July according to Variety.

“I started Quick Draw with the idea that it would be a home for innovative filmmakers who would be given the chance to take chances and surprise audiences. I think that a movie like ‘Corpus Christi’ could only be done justice by doing it independently,” said Rodriguez.

“I was blown away by Edgar’s performance in ‘Carlos’ and could not be more excited to have him playing the lead,” said Roth. “Edgar’s the perfect choice, and the combination of Edgar and Richard collaborating is electric. Having Robert Rodriguez as a producing partner rounds out an amazing creative team to support Richard in what I feel is his most compelling and exciting script to date.”

This sounds amazing.  Kelly’s recent films have sort of not been the big office draw everyone has been hoping for in the past, but I think this one will change that.