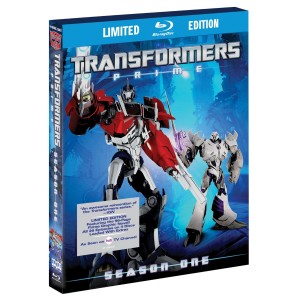 How many Transformers films, tv shows, spinoffs have there been?  Too many to count.  Nothing will ever compare to the original series and film in my opinion.  Sure, some people say the originals were full of cheese, like the ones today, but I disagree.  I have gone back and watched the original series on my DVD volumes and in my well respected opinion, that they still hold up today as they did back in the 80’s.  Especially the film.  This all CG animated series ‘Prime’ at first had me thinking I would hate it just as much as the Michael Bay films, but to my surprise, it wasn’t all that bad.  I actually thought a lot of the series was pretty kick ass.

You’ve heard the story before.  It’s an age old battle between good and evil.  The AutoBots vs. the Decipticons. The autobots disguise themselves as regular Earth vehicles as to not cause a panic while they battle the evil Decipticons from destroying Earth.  This time around, the AutoBots including Optimus Prime (voiced by Peter Cullen), yes the original Optimus Prime voice, need the help of a few younger kids.  These kids, Jack Miko, and Raphael (Raf for short), help the AutoBots in anyway they can.  So Megatron is dead and a new Decepticon by the name of Starscream takes over the leader role for the Decepticons.  Starscream sets out to destroy the AutoBots and gain intel as to where they strategize.  Then, Megatron comes back from the dead and regains his power.  But then an ultimate evil bot by the name of Unicron comes to the scene and the AutoBots and the Decipticons join forces to defeat the evil Unicron.  And I won’t spoil it for you, but things take a turn for the worst for Optimus Prime.  Overall, it’s a really cool show and has some really cool and original ideas.  I liked where it went and how it was told.  They really did a good job.  Not to mention the voices of Adam Baldwin, Gina Torres, and Ernie Hudson (yes the 4th Ghostbuster) all lent their talent to these characters.  This s definitely worth checking out. 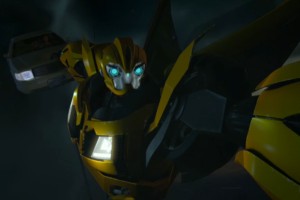 The video has a 1080p transfer and is presented in 1.78:1 aspect ratio.  Unfortunately, the video quality here is not what I what I hoped for.  I really wish this was a better picture.  Everything just seemed really flat with the exception of a few exterior shots.  There was really not a lot of depth either.  There was also a ton of aliasing in every episode and the colors just came across as sluggish and not really that vibrant.  The audio however is pretty decent though.  It sports a good DTS-HD 5.1 mix and really does not disappoint.  My surround sound speakers got quite the workout.  The robots fighting, the car explosions all sound full and loud on the system.  You will hear the robots clank together when they make contact and the ambient noise is distributed on all the speakers nicely.  The dialogue is crisp and clear with no cracks or hissing.  This lossless audio was a treat. 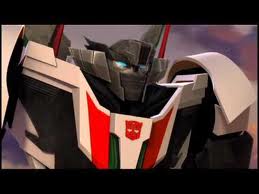 THE ULTIMATE WORD
I actually really liked this show.  It is not the best picture quality I have ever seen, and yes, it is sort of a let down to watch a full series in a less than par video presentation, but the audio is top notch, and the extras are pretty great.  This bluray limited edition set is going for $40 at Amazon.  I definitely recommend seeing this show.  It’s really good and most Transformers fan will like it.  A lot of love went into this series and bluray release.  Despite the video quality, the story and audio is amazing thus making this release one to add to your collection.