‘Insidious’ Gets A Sequel!!! 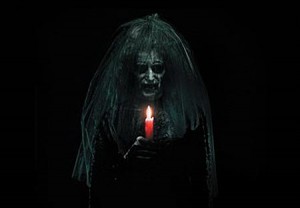 The horror film ‘Insidious’ has been given the go ahead to get a sequel under way.  Leigh Whannell and James Wan (the writer and director of the first ‘Insidious’ and the first ‘Saw’ film) are coming back.  Well at least Whannell has signed on to write and Wan is currently in negotiations to direct again.  Only a matter of time.  Oren Peli (director of Paranormal Activity) will executive produce.

And of course there will be a sequel to ‘Insidious’.  When you have a movie that was made for $1.5 million and it makes over $100 million, then the only logical thing to do is make another right?   Patrick Wilson and Rose Byrne starred in the first installment, as parents of a demonically possessed kid. It is not known what the sequel will be about, but the end of the first film definitely left open room for a sequel.

“Insidious was the most fun project I’ve ever worked on,” Whannell said in a statement.  “From start to finish it was an absolute joy—from the writing of the screenplay, all the way to the first screening of the film at the Toronto film festival.  I believe that James Wan and I achieved what we set out to do—create a horror film for horror fans…Both of us feel that we can mine more terror from the world we created and know that if we assemble every member of the original team, we will have an amazing continuation of the story for fans of the first film.”

The first film was decent.  There was definitely some creepiness to the film and a somewhat original premise.  I’d see the sequel. But then again, I’d see anything.