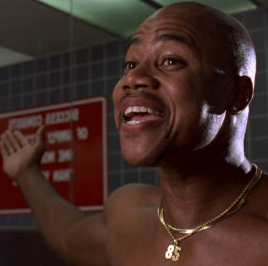 Cuba Gooding Jr. will star in a pilot for Fox called ‘Guilty’ which is his first tv series regular job.  The series will follow William “Billy” Remz (Gooding), a brilliant, morally questionable defense attorney who, after being falsely convicted of fraud and stripped of his legal license, uses his unorthodox methods to solve the cases he’s been prohibited from handling, and to exact revenge on those who set him up.

Now for the bad news.  The project will be directed by McG.  Yes, the McG who made the Charlie’s Angels films and the guy who at one point was set to direct a Superman reboot and would have cast Beyonce as Lois Lane.  So, while this series might have a great actor in its lead role, I don’t see it lasting very long.  Your thoughts?