Criterion Collection Releases For May 2012!!! 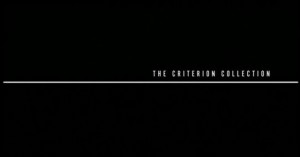 Criterion has announced some great titles to be released in May of 2012.  Some great classics and modern classics on Blu-Ray.  Below you can see all the extras and synopsis of each film.  Also a link to pre order the titles listed.  Enjoy.  Especially looking forward to ‘Being John Malkovich’.  Click on the images to pre-order.

SYNOPSIS: Mathieu Kassovitz took the film world by storm with La haine(Hate), a gritty, unsettling, and visually explosive look at racial and cultural volatility in modern-day France, specifically the low-income banlieues on Paris’s outskirts. Aimlessly passing their days in the concrete environs of their dead-end suburbia, Vinz (Vincent Cassel), Hubert (Hubert Koundé), and Saïd (Saïd Taghmaoui)—white, black, and Arab—give human faces to France’s immigrant and otherwise marginalized populations, their resentment at their situation simmering until it reaches a boiling point. A work of tough beauty, La haine is a landmark of contemporary French cinema and a gripping reflection of its country’s ongoing identity crisis.

SYNOPSIS: Have you ever wanted to be someone else? Or, more specifically, have you ever wanted to crawl through a portal hidden in an anonymous office building and thereby enter the cerebral cortex of John Malkovich for fifteen minutes before being spat out on the side of the New Jersey Turnpike? Then director Spike Jonze and writer Charlie Kaufman have the movie for you. Melancholy marionettes, office drudgery, a frizzy-haired Cameron Diaz—but that’s not all! Surrealism, possession, John Cusack, a domesticated primate, Freud, Catherine Keener, non sequiturs, and absolutely no romance! But wait: get your Being John Malkovich now and we’ll throw in emasculation, slapstick, Abelard and Heloise, and extra Malkovich, Malkovich, Malkovich.

SYNOPSIS: The great Iranian director Abbas Kiarostami travels to Tuscany for a luminous and provocative romance in which nothing is as it appears. What seems at first to be a straightforward tale of two people—played by Oscar-winning actress Juliette Binoche and opera singer William Shimell—getting to know each other over the course of an afternoon gradually reveals itself as something richer, stranger, and trickier: a mind-bending reflection on authenticity, in art as well as in relationships. Both cerebrally and emotionally engaging, Certified Copy (Copie conforme) reminds us that love itself is an enigma.

SYNOPSIS: Touching on many of the themes that would define the rest of his legendary career—isolation, performance, the inescapability of the past—the tenth film by Ingmar Bergman was a gentle sway toward true mastery. In one of the director’s great early female roles, Maj-Britt Nilsson beguiles as Marie, an accomplished ballet dancer haunted by her tragic youthful affair with a shy, handsome student (Birger Malmsten). Her memories of the rocky shores of Stockholm’s outer archipelago mingle with scenes from her gloomy present, most of them set in the dark backstage environs of the theater where she works. A film that the director considered a creative turning point, Summer Interlude is a reverie on life and death that bridges the gap between Bergman’s past and future, theater and cinema.

SYNOPSIS: Inspired by the earthy eroticism of his muse Harriet Andersson, in the first of her many roles for him, Ingmar Bergman had a major international breakthrough with this ravaging, sensual tale of young love. In Stockholm, a girl (Andersson) and boy (Lars Ekborg) from working-class families run away from home to spend a secluded, romantic summer at the beach, far from parents and responsibilities. Inevitably, it is not long before the pair is forced to return to reality. The version originally released in the U.S. was reedited by its distributor into something more salacious, but the original Summer with Monika, as presented here, is a work of stunning maturity and one of Bergman’s most important films.