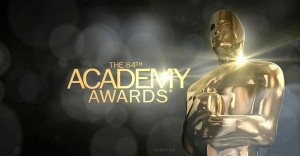 Well it’s here.  This will be the page to keep it on for your Oscar coverage.  We will be joined by Justin Cline, Aggressive Comix, and much much more.  We will be giving out prizes for trivia, and have other contests.  In the comment section below, be sure to keep the comments coming and tell us your Oscar picks.  When tweeting, facebooking, or commenting be sure to use our hashtag  #bsoscars.

HERE IS OUR LINK to our live video feed so be sure to open in up in a new window so you can keep it here for all the witty banter.

So get ready, because we are about to kick it into high gear…… 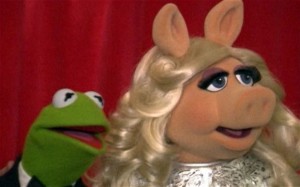 Best to the Muppets on their Oscar nod tonight…

Less than 5 minutes to go….

The Help was great.  I wish them the best.

Jonah Hill is half the man he was a few years ago.

Can we please get new red carpet reporters?? Full of Suck.

I vote for Gary Busey and Lisa Lampanelli to host the red carpet for 2013.

Justin Cline:  Jonah Hill seems to be packing it back on nicely. Somebody keep an eye on him near the free shrimp.

Red Carpet hosts are so awkward. Somebody needs to punch them.

I wonder if anyone will be wearing FUBU to the Oscars?

Jovovich. You will forever have a pass with me because of ‘Dazed and COnfused’. No matter how terrible your films are.

Justin Cline:  The “gut reaction” to Cher’s outfit was vomiting.

Robin ROberts clearly does not know who these people are. Her adam’s apple is bigger than mine. Manly man.

Justin Cline:  Unless Grace Kelly is coming back from the dead, let’s move on.

Who do you want to win BEST PICTURE tonight?

Orange Julius and his wife….

Christopher Plummer just got told he was old as shit on national tv.

Get Charlie Sheen out on the red carpet or at least Ron Jeremy.

Why has nobody from the stands thought of bringing water balloons to the red carpet?

Tina Fey aka Liz Lemon said she was told “no” to wearing a fanny pack at the Oscars. 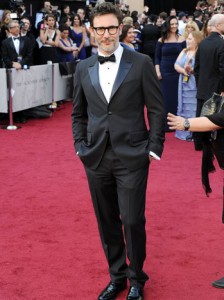 Kim Kelly from Freaks and Geeks is at the Oscars!!! AWESOME!!

TACO FLAVORED KISSES IS ON THE SCREEN RIGHT NOW.

Nick Nolte is still a badass and should just go on a rampage on the red carpet.

JUstin Cline: Of course Nick Nolte has a pet crow. Since he’s the angel of death. 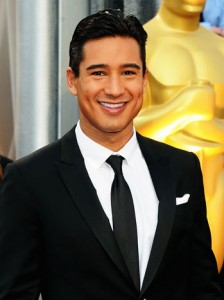 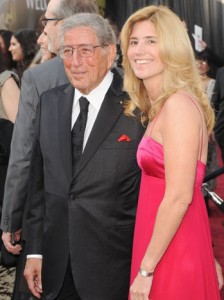 Yes the above is FUCKING Matthew Lillard.

Cameron Diaz was hot in ‘The Mask’. Then it went all downhill.

Damn, Glenn Close looks great for being 70. cleans up well.

Glenn Close should play her next male role as Robin Roberts.

Justin Cline:  Love the grandma they have providing security for the envelopes.

Justin Cline:  Not a fan of Sandra’s new face. It looks like it’s ready to be catapulted.

Did I just see a Muppet Google+ ad? BADASS!!!

Natalie Portman looks amazing as always.  SHe should have shaved her head though.

Tom Hanks is walking down the ‘winers hallway’.  He should make a sequel to Turner and Hooch’.

Brian Grazer should be a hobbit in peter jack’son upcoming film.

Chris Rock has a huge fro. Wish he was hosting.

Okay, finally the red carpet is over.  That was AWFUL!!!

1ST TRIVIA QUESTION OF THE NIGHT.  Be the first to answer in the comment section and win a prize.

Morgan Freeman looks not old.   And I could swear he said the Goonies.

That girl Justin Beiber is on screen now with Billy Crystal.

So Billy Crystal is going through every movie nominated tonight and is on stage now.  Needs more Tim Curry.

And here is that famous Billy Crystal  song and dance intro number where he will be on his knees by the end.

God said explain it Malick for Tree of Life.  HA.

Decent performance, but we have seen it so many times.

Tom Hanks out to present with his facial hair.