Bill O’ Reilly Book ‘Killing Lincoln’ To Be Made into Documentary By Tony and Ridley Scott!!! 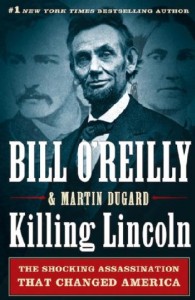 National Geographic Channel has teamed with Tony and Ridley Scott to produce a two-hour documentary based on ‘Killing Lincoln: The Shocking Assassination that Changed America Forever’ by Bill O’ Reilly.  The documentary, set to begin production in the spring for an early 2013 premiere globally on the National Geographic Channel, will keep the fast pace of the book, described as a historical thriller with a John Grisham-style narrative about the 1865 murder of President Abraham Lincoln and the furious manhunt for his killer.

It will include feature-film quality re-enactments completed with CGI in the signature style of the Scott brothers. “National Geographic has a great legacy of telling some of history’s most riveting stories,” said O’Reilly, who will also serve as an executive producer on the documentary. “The assassination of President Abraham Lincoln is no exception, as it continues to be one of the most significant, life-changing events in America’s young history.”

Curious to see how this pans out.  I’m glad to see the Scott brothers will be producing this.  They do good work mostly.  And with the Lincoln films coming out soon, this should fit right in with the whole Lincoln craze that seems to be going about now.  We have the Abraham Lincoln Vampire Hunter film and the Spielberg Lincoln film coming soon.  Your thoughts?