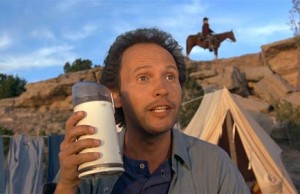 Over the past few days there has been a lot of commotion about the upcoming Oscars telecast.  Rush Hour director Brett Ratner was going to produce the show while Eddie Murphy was set to host the telecast.  After a few unfavorable remarks from Ratner, he “resigned” from producing duty and shortly after Murphy backed out as well.  Brian Grazer took over as producer and the Oscars have just announced that Billy Crystal will now host the Oscars.

Crystal has Tweeted the news, and here’s what he said: “Am doing the Oscars so the young woman in the pharmacy will stop asking my name when I pick up my prescriptions. Looking forward to the show.”  Shortly after he tweeted, the Academy confirmed.  Recently, the Oscars have been trying to get young talent to host so they would bring in a younger audience.  This has proved a failure, especially with last year’s show.  I’m excited for Billy Crystal to return to the stage.  He is amazing as host, although it would have been awesome to see Murphy take the reigns.