Angle Films On Its Way Up!!! 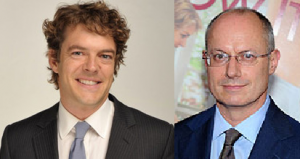 Angle Films, a joint effort between Blumhouse Productions and Gold Circle Films, is entering a joint project with Universal Pictures. New on the screen scene, Angle Films focuses on financing and producing films with a budget between $15 and $30 million.

Paul Brooks of Gold Circle and Jason Blum of Blumhouse jointly own and operate Angle while still working with their own companies. Each of them have their own deal with Universal, but now they are working together with them as well. Blumhouse is known for films such as Paranormal Activity – that is, low-budget films set for wide release that shoot into the stratosphere of mainstream popularity. Gold Circle sticks a little closer to Hollywood home with movies like White Noise.

Angle, as a collaboration between the two, will focus on films in the middle. And with a contract with Universal, it’s about to take off.

“Jason and Paul are at the top of their game in producing genre films, which is why the teaming of these two talented filmmakers is such an attractive proposition for Universal,” said Universal Co- Chairmans Adam Fogelson and Donna Langley, “Building on these relationships to find exciting new projects is a great opportunity for both of our companies.”