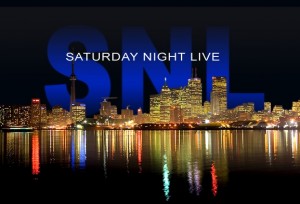 Throughout his accomplished career, Stiller has written, starred in, directed, and produced over 50 films, and will next be seen in the feature film, “Tower Heist,” due out November 4.

Foster The People will make their debut appearance on October 8. The band’s latest album, “Torches,” is most recognized for their soon to be double platinum song “Pumped Up Kicks,” which reached number one on Billboard’s Alternative Songs chart and topped the Billboard Hot 100.

Returning to the SNL stage, Anna Faris will take her second turn at hosting on October 15. Faris can next be seen in the upcoming romantic comedy, “What’s Your Number” and her other film credits include “The House Bunny,” “Scary Movie” film series, and lent her voice to the animated feature film, “Cloudy With A Chance Of Meatballs.”

“Saturday Night Live” is produced in association with Broadway Video.

The creator and executive producer is Lorne Michaels.

Can’t wait to see what Ben Stiller does.  He still remember his sketch comedy show all those years ago.  It was cancelled too soon.  I think he will kill SNL.  I just hope Eddie Murphy does a guest spot sometime soon or will appear with Stiller.  Also, Anna Faris is quite the funny chick in Hollywood.  I love that she can do these silly comedies and make them look great.  Both will make great hosts.  Oh please Eddie Murphy, please make an appearance.