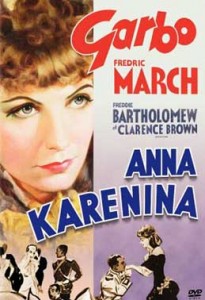 NEW YORK and LONDON, September 8th, 2011 – Joe Wright will direct the epic romance Anna Karenina, adapted from Leo Tolstoy’s classic novel by Academy Award winner Tom Stoppard (Shakespeare in Love). The Working Title Films production will commence filming in the U.K. and Russia this month. Focus Features will distribute the movie domestically, and Universal Pictures International (UPI) will distribute the movie internationally, in the second half of 2012.

The story unfolds in its original late-19th-century Russia high-society setting and powerfully explores the capacity for love that surges through the human heart, from the passion between adulterers to the bond between a mother and her children. As Anna (Ms. Knightley) questions her happiness, change comes to her family, friends, and community.

Focus Features CEO James Schamus said, “Joe Wright is a master filmmaker, and with Tom Stoppard’s brilliant screenplay this Anna Karenina will be full of both pageantry and emotion. To realize Joe’s vision, we have the perfect producing partners in Working Title and Paul Webster, whose acumen is unsurpassed. With Keira Knightley playing this iconic role and a splendid cast supporting her, today’s moviegoers will be drawn to this powerful story.”

Mr. Bevan commented, “Everyone at Working Title is proud to affirm a longtime collaboration with Joe Wright through this, our fourth picture together. That we are able to re-convene cast and crew from Pride & Prejudice and Atonement makes it all the more exciting. We anticipate that this will be a defining screen version ofAnna Karenina.”

Universal Pictures markets and distributes films internationally through Universal Pictures International (UPI), which officially began doing business on January 1, 2007. In the United Kingdom, Spain, Italy, Germany, Austria, German-speaking Switzerland, Benelux, Russia, Australia, Mexico and France, UPI directly markets and distributes movies through our local offices, creating campaigns and release strategies that respond to the culture and market behavior of those territories. In other parts of the world, Universal distributes through Paramount’s local offices as it transitions out of the formerly shared UIP model. In some smaller territories we continue to work through UIP on theatrical distribution.

Focus Features and Universal Pictures International are part of NBCUniversal, one of the world’s leading media and entertainment companies in the development, production, and marketing of entertainment, news, and information to a global audience. NBCUniversal owns and operates a valuable portfolio of news and entertainment television networks, a premier motion picture company, significant television production operations, a leading television stations group, and world-renowned theme parks. Comcast Corporation owns a controlling 51% interest in NBCUniversal, with GE holding a 49% stake.