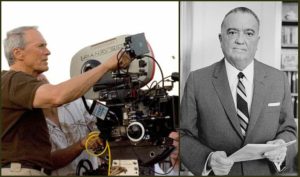 Clint Eastwood and Warner Bros. have decided to premiere their ‘J.Edgar’ film at the AFI Film Festival on November 3rd to open up the festival.  Many have thought ‘J. Edgar’ would premiere at an earlier film fest, but sadly it has not made any of the lists until now.  ‘J. Edgar’ is slated to open nation wide just a few days later on November 9th.

“The film starring Leonardo DiCaprio as the controversial founding director of the  FBI co-stars  Naomi Watts, Armie Hammer and Judi Dench in an original screenplay by Oscar winner Dustin Lance Black (Milk) that explores the public and private life of a man described as one of the most  powerful, controversial and enigmatic figures of the 20th century.”

I’m really looking forward to this film. Should be one of Eastwood’s best films.