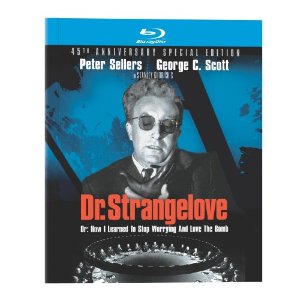 Blu-ray release on the title’s 45th Anniversary comes loaded with extras! Bonus material includes a new documentary (No Fighting In The War Room), a new featurette (Best Sellers or: Peter Sellers and Dr. Strangelove) and an interview with former Defense secretary Robert McNamara. 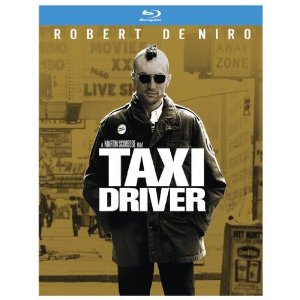 “Taxi Driver is the definitive cinematic portrait of loneliness and alienation manifested as violence. It is as if director Martin Scorsese and screenwriter Paul Schrader had tapped into precisely the same source of psychological inspiration (“I just knew I had to make this film,” Scorsese would later say), combined with a perfectly timed post-Watergate expression of personal, political, and societal anxiety. Robert De Niro, as the tortured, ex-Marine cab driver Travis Bickle, made movie history with his chilling performance as one of the most memorably intense and vividly realized characters ever committed to film. Bickle is a self-appointed vigilante who views his urban beat as an intolerable cesspool of blighted humanity. He plays guardian angel for a young prostitute (Jodie Foster), but not without violently devastating consequences. This masterpiece, which is not for all tastes, is sure to horrify some viewers, but few could deny the film’s lasting power and importance.”

BRIDGE ON THE RIVER KWAI 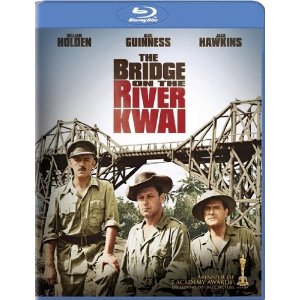 “Director David Lean’s masterful 1957 realization of Pierre Boulle’s novel remains a benchmark for war films, and a deeply absorbing movie by any standard–like most of Lean’s canon, The Bridge on the River Kwai achieves a richness in theme, narrative, and characterization that transcends genre.

The story centers on a Japanese prison camp isolated deep in the jungles of Southeast Asia, where the remorseless Colonel Saito (Sessue Hayakawa) has been charged with building a vitally important railway bridge. His clash of wills with a British prisoner, the charismatic Colonel Nicholson (Alec Guinness), escalates into a duel of honor, Nicholson defying his captor’s demands to win concessions for his troops. How the two officers reach a compromise, and Nicholson becomes obsessed with building that bridge, provides the story’s thematic spine; the parallel movement of a team of commandos dispatched to stop the project, led by a British major (Jack Hawkins) and guided by an American escapee (William Holden), supplies the story’s suspense and forward momentum.

Shot on location in Sri Lanka, Kwai moves with a careful, even deliberate pace that survivors of latter-day, high-concept blockbusters might find lulling–Lean doesn’t pander to attention deficit disorders with an explosion every 15 minutes. Instead, he guides us toward the intersection of the two plots, accruing remarkable character details through extraordinary performances. Hayakawa’s cruel camp commander is gradually revealed as a victim of his own sense of honor, Holden’s callow opportunist proves heroic without softening his nihilistic edge, and Guinness (who won a Best Actor Oscar, one of the production’s seven wins) disappears as only he can into Nicholson’s brittle, duty-driven, delusional psychosis. His final glimpse of self-knowledge remains an astonishing moment–story, character, and image coalescing with explosive impact.

Like Lean’s Lawrence of Arabia, The Bridge on the River Kwai has been beautifully restored and released in a highly recommended widescreen version that preserves its original aspect ratio.”