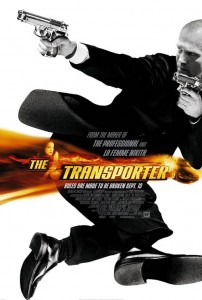 Sadly no Jason Statham, but this new ‘Transporter’ series is based on the movie franchise.  I’m curious to see how this will play out.  I can see this being a good series.  It’s a good enough story, but Statham brought so much charisma to that role.  I only hope the new lead will be just as fun to watch.  The series is set to debut on Cinemax in 2012.  Read the official press release below.

NEW YORK, Aug. 10, 2011 – Filming has begun in Toronto on the 12-part action series TRANSPORTER, starring Chris Vance (“Burn Notice,” “Prison Break”) in the title role.  Shooting through this November, the series will debut on CINEMAX in 2012.

Based on the successful film franchise of the same name created by Europacorp’s Luc Besson and Robert Mark Kamen, this fast-paced series follows the adventures of professional transporter Frank Martin, who can always be counted on to get the job done — discreetly.  Operating in a seedy underworld of dangerous criminals and desperate players, his three rules are:  Never change the deal, no names, and never open the package.  Occasionally, complications arise and rules get broken.

Andrea Osvart (“Duplicity”) co-stars as Martin’s trusted handler Carla and Francois Berléand reprises his role of Inspector Tarconi from the films.  The cast also includes Delphine Chanéac (“Splice”) in the recurring role of Juliette, a reporter who seems to know a lot about Frank’s work, and Rachel Skarsten (“Made…The Movie,” “Birds of Prey”) as Delia, the daughter of someone from Frank’s past.

Stephen Williams, a director and co-executive producer of “Lost,” is directing the first episode.