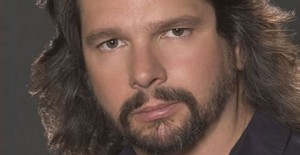 ABC won the bid and purchased ‘Hangtown’ from Ron Moore.  Ron Moore was the showrunner, director, producer, writer for the revamped Battlestar Galactica series on Sy-Fy.  Also on the Hangtown project is Caprica writer Matt Roberts.

“Described as a Western with a procedural overlay, Hangtown is set in the early 1900s in a frontier town that’s begun rapidly expanding with the coming of the railroad. It centers on three characters: the Marshal, a Matt Dillon/Clint Eastwood type who prefers to solve crimes by his instinct; a young  doctor from the East Coast who is interested in using the new field of forensics to solve crimes; and a young woman writer who is trying to sell dime novels to the publishing houses in New York about crime in the Wild West. Every week the instincts of the Marshal, the science of the doctor, and the young woman’s drive to tell a rousing good yarn to her editors combine to solve crimes in a wide-open, lawless town.

Ron Moore can do no wrong.  Can’t wait for his take on the western genre.  Just wish it was on another network.  Your thoughts?