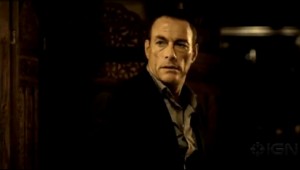 That’s right!  Jean Claude Van Damme is back and first up is ‘Assassination games.  Ever since I saw ‘JCVD’, I have wanted to Jean Claude in more movies.  He was just so damn good in ‘JCVD’.  Let’s hope ‘Assassination Games’ will be a good comeback action film for him.  I’m rooting.  IMDB describes the film as: “Rival assassins — each of whom are masters of their respective weapons — form an uneasy alliance in their mission to take down a DEA-backed drug cartel.”

I thought JCVD was dead? Well, he is not and he is back and not in a good way. Although, I cannot remember a time he was ever in a good way. This is something the bad guys should have made the media guys in 5 Days of War watch to give up the location of the memory card. yeesh.