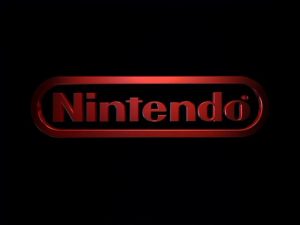 More news from E3 2011.  This time Nintendo has announced their new console which will be released sometime in 2012.  Well it is more of an upgrade or version 2.0 rather than a brand new console.  It will be the next generation of the Nintendo Wii which will be called the Wii-U.

The Wii-U unit itself looks to be designed a little differently but it comes with  a 6 inch touch screen remote that resembles a tablet or iPad.  The Nintendo president told the E3 crowd that this will bring in a wider audience and be for both casual and hardcore gamers.  Some other features are as follows:

“1. The new controller can display information on its screen that does not appear on the TV.

Nintendo emphasized that the new console could be used to bring a second screen to the gaming environment.

2. The system allows a user to take a game off the TV to continue playing from the controller’s screen.
While not designed as a portable player, Wii U acts as one.

3. The controller includes new features such as an inward-facing camera, a microphone and speakers.

5. The information and viewpoint can also change in the new controller based on the orientation of its gyroscope.”

I do like the Nintendo Wii.  I really do.  I play it still.  But it has fallen fall behind the XBOX 360 and PS3.  Mostly, because the online multiplayer capability for the Wii is pretty much non-existent.  If the new Nintendo Wii wants to compete with the Xbox 360 and PS3, it will need to have an online community that matches or is better than XBOX 360.  I do like that Nintendo finally upgraded the video quality of their system to HD.  It desperately needed it.  I also like the camera feature as well.  However I do think Nintendo needs to start purchasing and releasing titles that are more mature to go along with their family oriented games.  I think this aspect of Nintendo has caused them to fall behind in sales and profits.  Hopefully they fix these things.  It would be so badass to fucking play Zelda online with people.