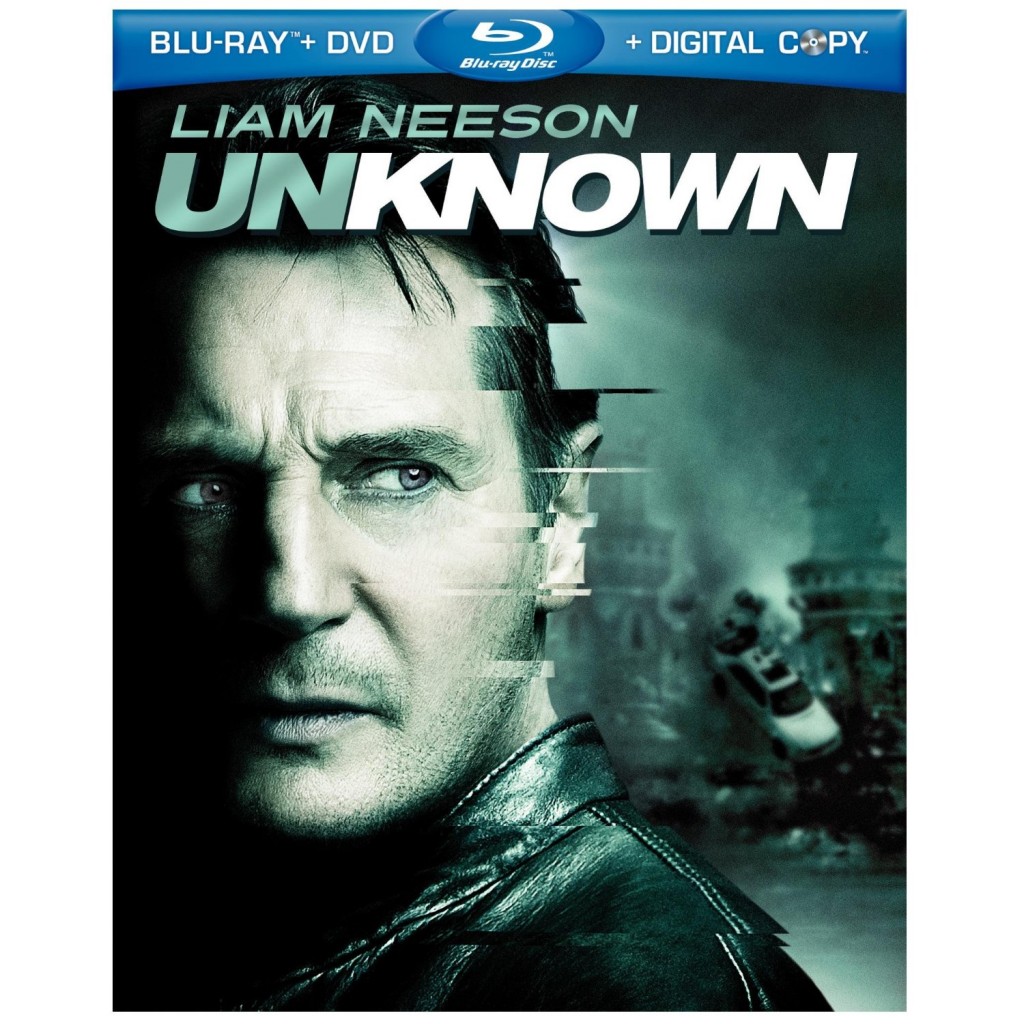 Here is a little film starring Liam Neeson, January Jones, and Diane Kruger.  A pretty great cast to start with and an interesting enough story line.  Does it work?  Ina way, yes it does.  I’ll say this off the bat.  Many people will compare and bring up Liam Neeson’s prior film, ‘Taken’.  Let me assure you, this  is not ‘Taken’, nor is it as good as ‘Taken’.  Sure it is a fun thrill ride to watch, but it ends up being a “by the book” amnesia film with really no plot twist or turn after the first half of the film.  That being said, ‘Unknown’ is still fun ride to watch.

So at the start of the film we meet Liam Neeson’s character, Dr. Martin Harris who has a beautiful wife played by January Jones.  Dr. Martin Harris is a doctor in the botany field and has traveled to Berlin, Germany to attend and speak at a conference with the top minds in his field.  As he passes through customs, he accidentally leaves his briefcase at the airport at customs.  You kow this is bad because of the camera’s focus on it and the “DUN DUN DUUUUNNN” type of menacing music being played.  Both January Jones and Liam Neeson’s characters arrive at the hotel in their cab only to realize he left the briefcase at the airport.  He quickly gets back in the cab to go and fetch it.  On the way to the airport in a different cab driven by Diane Kruger, the cab has an accident and drives off a bridge into a river.  Liam Neeson hits his head on a window of the cab during the accident and goes unconscious.  At the impending doom of Dr. Martin Harris, Diane Kruger rescues him from his almost certain drowning.  She flees the scene and Dr. Martin Harris wakes up in a hospital and he seems to remember most things, but not everything.  He is basically released from the hospital a few days later as  he remembers why he is in Berlin and what hotel he is staying at.  He is confused as to why his wife has not looked for him.  Well he travels to the hotel and finds his wife at an elegant function in the hotel of the botany conference they were supposed to attend.  He walks up to her to confront her and tell her what happened to him and to his dismay, she tells him she has no idea who he is and has never seen him before.  That’s the only plot twist and it happens fairly early in the film.  From here on out Liam Neeson and Diane Kruger work together to try and figure out what is happening, because people are out to kill them both.  I won’t ruin anything else and let you watch the film, but I’m sure you will figure it out.  It is not as fast paced as one might think.  It is generally slow moving and just sub-par overall.  You’ve seen this movie before several times, but it was called another title.

The audio and video of the blu-ray disc is top notch though.  Fairly demo worthy.  The video in its 1080p transfer is glossy and pristine.  I couldn’t find anything wrong with the presentation.  The audio in its DTS-HD 5.1 mix is everything you want in an action film.  All of you speakers will boast clear and boastful sound.  The explosions  sound big and the dialogue sounds perfect on the center channel.  In all as far as the audio and video go on this disc, Warner Bros. did one hell of  a job mixing this movie.  Demo worthy.

Now let us get into the extras.  Well, there only two extras on the disc.  And they are pretty horrible.  I am very surprised they didn’t include more features on release.  There is:

‘Unknown’: What is Known? (HD, 4 min.) — Another very short featurette of several talking head interviews with cast and crew talking about how much they had fun on the set of this film and why we should love this film.  Plus more in movie footage is shown.  Again, boring, drab, and un-interesting.  Poor Extra.

So, ‘Unknown’ is fun thrill ride, but don’t expect originality, big plot twists, or a whole lot of quality, besides Liam Neeson, and Diane Kruger.  They give great performances with what they were given.  You will enjoy the film a few times and definitely should be added to your Liam Neeson movie marathon night.  The audio and visual aspects are fucking top grade A+.  And the extra features are terrible and not worth watching.  I would have hoped for commentaries, an in depth behind the scenes, and maybe a gag reel.  However it is definitely worth a look.  I will say that it not only comes with the blu-ray, but with the DVD and digital copy.  So that’s good news.