BRYAN’S BLURAY/DVD PICKS FOR THE FIRST WEEK OF MAY!!! 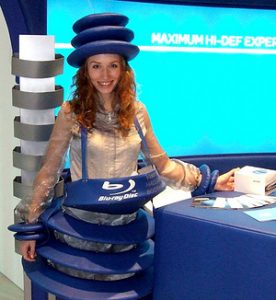 A huge week for releases which includes some Criterions, Green Hornet, and Ip Man 2 plus some other goodies.   As usual, in this article, you will get some info about the disc and the extras that come with the movie as well as a personal opinion about the movie and a link to purchase the film over at AMAZON where you can save quite a bit of money, and it will give a small percentage kick back to this site so we can continue bringing you excellent stories and sales.

ALL THE RIGHT MOVES (BLURAY)

One of Tom Cruise’s first films.  And it was Tom Cruise before he became the big joke that he is today.  This really wasn’t a terrible film, but if you a re Tom Cruise fan and a football movie fan then add this to your collection.  The only way football star Stefan Djordjevic (Tom Cruise) will avoid a life in the blast furnaces of his bleak Pennsylvania hometown is by winning a college scholarship. Even his coach (Craig T. Nelson) dreams of parlaying a winning team into a college job far away from this graveyard of the American Dream. But it’s not too long before the two virtually ruin each other’s chances for escape and their door to the future starts to close. Lea Thompson and Christopher Penn co-star.

A somewhat funny film by Ron Howard starring Vince Vaughn and Kevin James.  If you are a fan of Vince Vaughn then this is a must own.  It is loaded with extras and if you remember this film made huge headlines where Vince Vaughn’s character uses a gay joke.  Vince Vaughn and Kevin James headline an all-star comedy from director Ron Howard. Ronny’s (Vaughn) world is turned upside down when he inadvertently sees something he should not have, and makes it his mission to get answers. As the amateur investigation dissolves his world into comic mayhem, he learns that his best friend Nick (James) has a few secrets of his own. Now, Ronny must decide what will happen if he reveals the truth. Also starring Jennifer Connelly, Winona Ryder, Channing Tatum and Queen Latifah.

Once again Criterion collection rolls out the red carpet for the re-release of Fat Girl on hi-def.  “Twelve-year-old Anaïs is fat. Her sister, fifteen-year-old Elena, is a beauty. While the girls are on vacation with their parents, Anaïs tags along while Elena explores the dreary seaside town. Elena meets Fernando, an Italian law student; he seduces her with promises of love, and the ever watchful Anaïs bears witness to the corruption of her sister’s innocence. Fat Girl (À ma soeur!) is not only a portrayal of female adolescent sexuality and the complicated bond between siblings but also a shocking assertion by the always controversial Catherine Breillat (Romance, The Last Mistress) that violent oppression exists at the core of male-female relations.”  A must own.

Behind-the-scenes footage from the making of Fat Girl

Two interviews with director Catherine Breillat, one conducted the night after the film’s world premiere at the 2001 Berlin Film Festival, the other a look back at the film’s production and alternate ending

Plus: A booklet featuring an essay by film scholar Ginette Vincendeau, a 2001 interview with Breillat, and a piece by Breillat on the title

FROM DUSK TILL DAWN (BLURAY)

I remember seeing this film when it came out and just falling in love with it.  I love the two huge genres and story lines that just perfectly match up and just happen suddenly before your eyes.  Dusk Till Dawn is one hell of a fun film.  And extremely cool.  One of the better vampire films.  George Clooney is fucking brilliant in this film.  “Its nonstop thrills when George Clooney (The American) and Quentin Tarantino (Pulp Fiction) star as the Gecko brotherstwo dangerous outlaws on a wild crime spree. After kidnapping a father (Harvey Keitel, Little Fockers) and his two kids (including Juliette Lewis, Due Date), the Geckos head south to a seedy Mexican bar to hide out in safety. But when they face the bars truly notorious clientele, theyre forced to team up with their hostages in order to make it out alive! From Robert Rodriguez and Quentin Tarantino, the creators of Grindhouse, From Dusk Till Dawn is explosive action entertainment!”

Fuck yes.  A bad ass hardcore martial arts film.  “International superstar Donnie Yen reprises his iconic role as the real-life kung fu Grandmaster Ip Man, widely known as the man who brought Wing Chun to the world with the help of his star pupil, Bruce Lee. Master Ip, a new arrival in British-occupied Hong Kong, wants to open a martial arts academy to teach his unique Wing Chun style. A corrupt group of martial arts masters, led by Master Hung (Sammo Hung) refuses to allow him to teach in peace until he proves himself as a kung fu master. Ip s troubles continues when he is forced to enter a brutal King of the Ring boxing match against Twister, a Western-style boxer who insults the Chinese locals, in a East versus West knock-down, drag-out fight to the finish.”  Definitely a must own.

Criterion knocks it out of the park again with this glorious hi-def release.  After fifteen films that received mostly local acclaim, the 1955 comedy Smiles of a Summer Night (Sommarnattens leende) at last ushered in an international audience for Ingmar Bergman (The Seventh Seal, Wild Strawberries). In turn-of-the-century Sweden, four men and four women of different classes attempt to navigate the laws of attraction. During a weekend in the country, the women collude to force the men’s hands in matters of the heart, exposing their pretensions and insecurities along the way. Chock-full of flirtatious propositions and sharp witticisms delivered by such Swedish screen legends as Gunnar Björnstrand (The Seventh Seal, Winter Light) and Harriet Andersson (Through a Glass Darkly, Cries and Whispers), Smiles of a Summer Night is one of cinema’s great erotic comedies.

Pretty decent releases this week.  I must say that The Manchurian Candidate from the 60’s was released today but only through BEST BUY.  Stay tuned for next weeks releases.