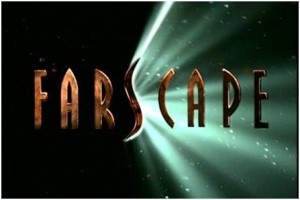 What an AMAZING geek deal of the day!!  Farscape is one of the most beloved sci-fi geek television series of all time.  You can get all 88 episodes on a 26 disc set for only $49.99.  That is 67% off the normal price.  I love this show and I am sure you will too.

John Crichton. Astronaut. Flung through a wormhole and lost in a galaxy far from home. He finds himself in the middle of a prison break, surrounded by hostile aliens, soaring through space inside a glorious living space ship called Moya. Hunted by the relentless Peacekeepers, he allies himself with his unimaginably alien fellow refugees and searches for a way home.

Here, in time for the series’ tenth anniversary, are all four Farscape seasons, 88 episodes, together for the first time in one epic collection. These are the adventures of Moya’s crew — Crichton, Peacekeeper Aeryn Sun, warrior Ka D’Argo, azure priestess Zhaan, spritely thief Chiana, Dominar Rigel, Pilot and many others. Like Moya herself, this package contains amazing surprises including hours of bonus materials, making-of featurettes, commentaries, interviews, deleted scenes and much more. Prepare for Starburst!

Extras include:
88 episodes and 15 hours of bonus features on 26 discs

Three Inside Farscape featurettes: Villains, Visual Effects, and Save Farscape

Deleted scenes, director’s cut scenes, and an alternate version of the season 2 premiere

Behind-the-scenes interviews with the characters, cast, and creative team of Farscape

Listening in with composer Guy Gross featurettes for 12 episodes

ONLY $49.99 for the whole series.  Seriously take advantage!