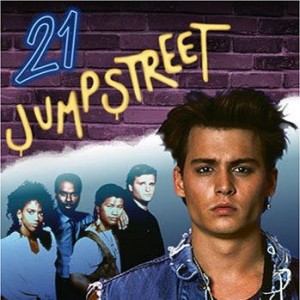 Actor Jonah Hill has confirmed that Johnny Depp will make a cameo appearance in the upcoming new remake of “21 Jump Street” according to Comingsoon.  The film is slated to be released in March of 2012.

The film stars Jonah Hill, Ice Cube, Channing Tatum, Rob Riggle, and Brie Larson.  It will be directed by Christopher Miller and Phil Lord who both made “Cloudy With a Chance of Meatballs”.

Jonah Hill previously said he wrote a really funny cameo for Depp to play and would hope he would do the part.  Well, Jonah got his wish.

“Based on the Fox series that ran from 1987 to 1991, the movie will center on two undercover cops (Hill and Tatum), who are assigned to work in schools. Cube is playing the police chief and Larson is the female lead. ”
Your thoughts?