The Lord of the Rings Extended Editions Will Return To The Big Screen This Summer!!! 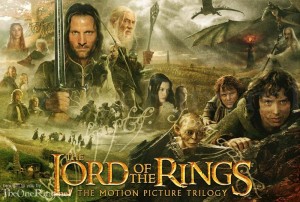 Tickets are not available yet, but check back here soon to  find out when they go on sale.  I expect long long lines again at the theater.  I remember when these films first were released at the theaters almost a decade ago.  I remember waiting in 8-10 hour lines to see the film.

No word yet on if these will be the original prints of the films or the bluray hi-def versions of the films that will be shown in the theater.

I for one wish that they would make an event again to show all three films in their extended versions all in one sitting.  That is over 12 hours of AWESOME!!!