A Third Tron Film Will Most Likely Happen!!! 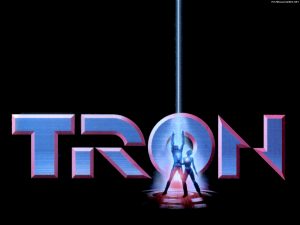 According to Deadline the Tron: Legacy broke a few box office records for first time director Joseph Kosinsky and it made tons of money so of course there will be a third film.    It looks like Joseph Kosinsky will return as director along with the same team of writers for the 2nd film, Edward Kitsis and Adam Horowitz.

Now I love love love the first TRON film from the 80’s.  It had so much going for it.  The characters and the story line and the effects were out of this world.  Now you might hae read my review of the 2nd film which was called Tron: Legacy where I did not enjoy it as much as I had hoped.

It seemed like Tron: Legacy had a decent story line, but the makers riddled it with too much filler and “fat” that it was a dead pan movie that really didn’t go anywhere.  I felt like a whole lot was NOT at stake in the film.  I just didn’t care really.  The effects were of course amazing and Jeff Bridges was golden, but there wasn’t a whole lot to like really.

I think if they decide to really get going o this third film, then they should focus more on the story and less on all the “fat and filling” of the film.

I think it could be better, but who knows.  I just hope for a good film.