Wolverine Has No Director!!! Darren Aronofsky Off Wolverine Film!!! SNIKT!!

Director Darren Aronofsky has dropped out of the next Wolverine film.  Aronofsky made Pi, Black Swan, and The Wrestler.  This is a fairly big blow to the comic book world.  Now who knows when Wolverine will be made or if a director as good as Aronofsky would hired to take on the job.

The Wolverine sequel is supposed to take part largely in Japan, but maybe since the earthquake and the tsunami, that might not be an option. 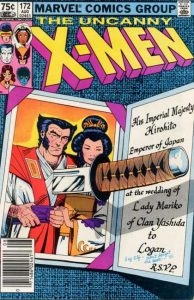 Aronofsky’s reason for dropping out of Wolverine was that he would be out of the country for too long on one project.

Fox and Hugh Jackman are expected to search for a new director quickly.

“As I talked more about the film with my collaborators at Fox, it became clear that the production of The Wolverine would keep me out of the country for almost a year,” Aronofsky said. “I was not comfortable being away from my family for that length of time. I am sad that I won’t be able to see the project through, as it is a terrific script and I was very much looking forward to working with my friend, Hugh Jackman, again.”