The IFMCA Has Released The Film Music Awards For 2010!!! 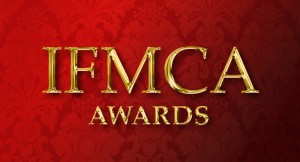 The IFMCA (International Film Music Critics Association) presented their annual awards recently.  There is no Scott Pilgrim on her, but that is only because this is for Score only, not original songs.  Take a look and tell me what you think.

FEBRUARY 24, 2011 – The International Film Music Critics Association announces the winners of its seventh annual awards for excellence in musical scoring in 2010 with John Powell’s score for the animated film HOW TO TRAIN YOUR DRAGON topping the list, winning both Film Score of the Year and Best Score for an Animated Film. Alexandre Desplat receives three awards: Best Score for a Drama Film (THE KING’S SPEECH), Best Score for an Action/Adventure/Thriller Film (THE GHOST WRITER) and Composer of the Year.

Continuing their tradition to highlight lesser known but vital world talents, the Association awards the Breakout Composer of the Year to Portuguese composer Nuno Malo for AMÁLIA. Turkish composer Pinar Toprak wins Best Score for a Comedy Film for her score to the THE LIGHTKEEPERS. Rounding out the film categories are Best Score to a Fantasy/Science Fiction/Horror Film which goes to TRON: LEGACY by the French duo Daft Punk, Best Score for a Documentary Film winner is French composer Bruno Coulais for OCÉANS and American Danny Elfman’s “Alice Theme” from ALICE IN WONDERLAND wins Best Individual Composition.

In the non-film category, Bear McCreary wins his second award in a row in the Best Score for a Television Series, this year for Fox’s drama HUMAN TARGET (McCreary won last year for BATTLESTAR: GALACTICA). Kojima Productions’ CASTLEVANIA: LORDS OF SHADOW, with music by Óscar Araujo, wins Best Score for a Video Game or Interactive Media.

The Best Archival Release goes to the six-disc box set release of Alex North’s score to Stanley Kubrick’s SPARTACUS, which was Varèse Sarabande’s executive producer Robert Townson’s 1000th release for the label. Best Record Label of the Year goes to La-La Land Records, their first win in this category, for such notable 2010 expanded release soundtracks as BATMAN RETURNS, DRAGONSLAYER, PANIC IN THE YEAR ZERO and HOME ALONE.

FILM SCORE OF THE YEAR
• HOW TO TRAIN YOUR DRAGON, music by John Powell

BEST ORIGINAL SCORE FOR A COMEDY FILM
• THE LIGHTKEEPERS, music by Pinar Toprak

BEST ORIGINAL SCORE FOR AN ANIMATED FEATURE
• HOW TO TRAIN YOUR DRAGON, music by John Powell

The International Film Music Critics Association (IFMCA) is an association of online, print and radio journalists who specialize in writing about original film and television music.

The IFMCA was originally formed in the late 1990s as the now-defunct “Film Music Critics Jury” by editor and journalist Mikael Carlsson, a former contributor to filmmusicradio.com and filmmusicmag.com, and currently the owner of the Swedish independent film music label MovieScore Media.

Since its inception, the IFMCA has grown to comprise over 50 members from countries as diverse as Australia, Belgium, Canada, Cyprus, France, Germany, Greece, Ireland, Italy, the Netherlands, Poland, Spain, Sweden, Switzerland, the United Kingdom, and the United States of America.

Previous IFMCA Score of the Year Awards have been awarded to Michael Giacchino’s UP in 2009, Alexandre Desplat’s THE CURIOUS CASE OF BENJAMIN BUTTON in 2008, Dario Marianelli’s ATONEMENT in 2007, James Newton Howard’s LADY IN THE WATER in 2006, John Williams’ MEMOIRS OF A GEISHA in 2005 and Michael Giacchino’s THE INCREDIBLES in 2004.