Geek Deal of the Day Let’s You In The Secret Club of The Little Rascals!!! 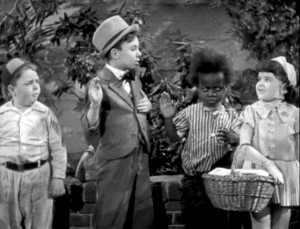 Today’s Geek Deal is all about the Little Rascals.  You will get every single episode on DVD in one package.

The Little Rascals: The Complete Collection spans the years of 1929-1938. This collections contains all 80 of the original Little Rascals theatrical talkies in their entirety; fully Remastered, Restored and Uncut. This amazing 8-disc set contains a collectible booklet, loads of nostalgic bonus footage, photos and much more! This preeminent collection is a must-have for fans, both old and new.

These little shorts were so great.

Here is the episode rundown:

(Note: Spanky & Butch would return to the series after Hal Roach sold it to MGM.)