Bryan’s Bluray/DVD Picks for the 3rd Week Of March!!! 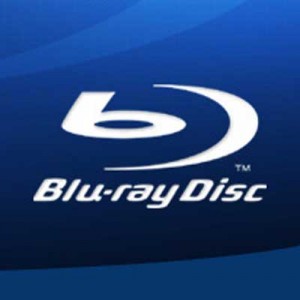 A fairly small week for releases this week.  But here are some good releases in today’s column.

This was released as a BEST BUY exclusive a couple of months ago, but alas it is available everywhere now.  I love this film.  It has some great writing and tons of laugh out loud jokes.  I still quote this film till this day.  Tons of great extras on this release.  Worth picking up.  Will Ferrell is Ron Burgundy, San Diego’s most important new anchor! Featuring Steve Carell (TV’s “The Office”, “Date Night”), Paul Rudd (“Role Models”, “The 40-Year-Old Virgin”), David Koechner (TV’s “The Office”), Christina Applegate (“Married with Children) and produced by Judd Apatow (“Funny People”), ANCHORMAN will wake you up like never before!

This is one excellent film.  This should be seen by all people.  Criterion Collection never fails. This intensely personal film from Louis Malle (The Lovers, My Dinner with André) tells a heartbreaking story of friendship and devastating loss concerning two boys living in Nazi-occupied France. At a provincial Catholic boarding school, the precocious youths enjoy true camaraderie—until a secret is revealed. Based on events from writer-director Malle’s own childhood, Au revoir les enfants (Goodbye, Children) is a subtle, precisely observed tale of courage, cowardice, and tragic awakening.

Joseph: A Character Study, a profile of the provocative character from Au revoir les enfants

The Immigrant, Charlie Chaplin’s 1917 short comedy, featured in the film

Audio excerpts from a 1988 AFI interview with Malle

BATMAN: THE BRAVE AND THE BOLD: SEASON ONE PART TWO (DVD)

The 2nd part of the first season of the hit action packed tv series of Batman: Brave and The Bold.  This hits all the right points and is worth watching.  It plays to kids and adults alike.  The writing is clever and the animation is beautiful.  dEfinitely pick this up.  Episodes include:

BATTLE OF THE WARRIORS (BLURAY)

I fun action packed foreign film that will blow you away.  House of Flying Daggers star Andy Lau delivers a power-packed performance in this epic tale of swords, valor, and Sun Tzu-style strategy from the action director of Jet Li’s Hero. In 370 B.C., a small kingdom lies directly in the path of a massive, advancing army. When all hope is lost, the people turn to a lone, mysterious stranger to rescue them from siege and conquest. Based on the sensational Japanese manga series Bokkou, Battle of the Warriors features a gritty, realistic style with an incredible level of historical detail that highlights each of its unparalleled, ferocious battles.

“After THE OTHERS, Quentin Tarantino says, this is my favorite Nicole Kidman performance! The future Academy Award® winner made her movie debut at 16 years old as the pouffy-haired star of this action/comedy about a cache of stolen walkie-talkies, three BMX-riding friends, and the ruthless bank robbers who will pursue them through every graveyard, shopping mall, construction site and waterpark in New South Wales, Australia. It s a high-flying ride to adventure filled with wild stunts, cool BMX outfits, creepy innuendo, cheezy synth music, an obnoxious fat kid, and gobs of fast & furious fun. John Ley (MAD MAX), David Argue (RAZORBACK) and Bryan Marshall (THE LONG GOOD FRIDAY) co-star with thrilling cinematography from future Oscar® winner John Seale (THE ENGLISH PATIENT) in this Down Under 80s cult classic from Ozsploitation master Brian Trenchard-Smith, the legendary director of TURKEY SHOOT, DEAD-END DRIVE IN and STUNT ROCK!”

An excellent film on all aspects.  A must own film.  Academy Award® Nominees Mark Wahlberg (The Departed), Christian Bale (The Dark Knight) and Amy Adams (Doubt) star in this “remarkable” film*. Based on a true story, two brothers, against all the odds, come together to train for a historic title bout that has the power to reunite their fractured family and give their hard-luck town what it’s been waiting for: pride. Micky Ward (Wahlberg) is a struggling boxer long overshadowed by his older brother and trainer, Dicky (Bale), a local legend battling his own demons. Their explosive relationship threatens to take them both down – but the bond of blood may be their only chance for redemption. *Joe Morgenstern, THE WALL STREET JOURNAL

Clint Eastwood took a stab at the super natural genre and did a pretty okay job.  Not the best film, but not bad either.  Acting is great all around.  George (Matt Damon) is a blue-collar American with a special connection to the afterlife dating from his childhood. French journalist Marie (Cécile de France) has a near-death experience that shakes her reality. And when London schoolboy Marcus (Frankie and George McLaren) loses the person closest to him, he desperately needs answers. Each seeking the truth, their lives will intersect, forever changed by what they believe might – or must – exist in the hereafter.

Clint Eastwood and Matt Damon lead a journey into Hereafter to explore the world of skeptics, psychics and mediums, and the
possibility of life after death.
Featuring 9 Focus Points:
– Tsunami! Recreating a Disaster
– Is There Life After Death?
– Clint on Casting
– Delving into the Hereafter
– Twin Bonding
– French Speaking French
– Why The White Light?
– Hereafter’s Locations – “Casting” the Silent Characters
– The Eastwood Experience
The Eastwood Factor: 90 minute documentary in HD

A fun as hell film to get drunk with your friends late at night with.  So funny and ridiculous.  It is known as S-11, a diabolical hybrid of shark and octopus created by genetic scientist Nathan Sands (Oscar®-nominee Eric Roberts of THE EXPENDABLES and THE DARK KNIGHT) as the U.S. Navy’s next super-weapon. But when its control implants are damaged during a training experiment, the beast escapes to Puerto Vallarta, Mexico for a taste of sun, sand, bikini babes, jet-skiers, spring breakers and beyond. Now a hotshot mercenary, an investigative reporter, and Sand’s biomechanical engineer daughter must stop a creature like none ever witnessed before: It has superior intelligence. It attacks without warning. And it likes to snack on bungee jumpers. Kerem Bursin and Sara Malakul Lane co-star with a hilarious cameo by legendary producer Roger Corman in the unforgettable Syfy Original Movie about the 8-tentacled eating machine called SHARKTOPUS!

“The extraordinary, internationally embraced Yi Yi (A One and a Two . . .), directed by the late Taiwanese master EDWARD YANG (A Brighter Summer Day), follows a middle-class family in Taipei over the course of one year, beginning with a wedding and ending with a funeral. Whether chronicling middle-age father NJ’s tentative flirtations with an old flame or precocious young son Yang-Yang’s attempts at capturing reality with his beloved camera, the filmmaker deftly imbues every gorgeous frame with a compassionate clarity. Warm, sprawling, and dazzling, this intimate epic is one of the undisputed masterworks of the new century.”

That’s it for this week.  Stay tuned for next week for tons more releases.