A Star Trek Sequel Will Come Before A Jack Ryan Sequel!!! 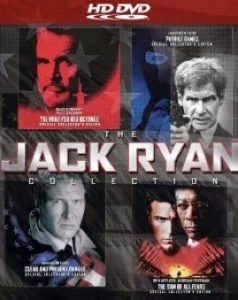 Paramount Pictures has been working on a new Jack Ryan film for quite sometime now.  But tons of obstacles have fallen in its path.  Most recently, they have been eyeing Chris Pine (Kirk from the new Star Trek) as playing the ttle character the likes have Harrison Ford and Ben Affleck have played in the past.  Well it seems that Paramount has put the new Jack Ryan film on the back burner in order for the next Star Trek film to be released which has no release date or start date yet.

There is no indication on when Star Trek will begin filming and there isn’t a director attached yet, but most likely J.J. Abrams will direct.  This is not good for the new Jack Ryan film.  If the new Star Trek film isn’t released until 2012 at the earliest, we might not see a Jack Ryan film until 2014.

I do think Chris Pine is a good choice for the role though.

Read the whole story at Deadline.