The Circle of Life Back to the Golden Age and….. “Oops, I Crapped My Pants” 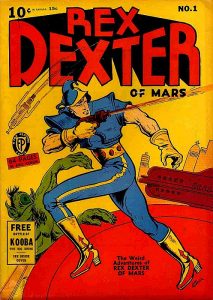 I want you all to give a warm welcome to Boomstick’s new contributing writer, Dr. Joel Hawkins.  He hails from the underground sewers of North Texas and is at least two of the following: gay robot, french polynesian eskimo, slovakian zombie, green blooded canadian, and avatar.  His favorite color is rainbow and when he is not eating cake covered in lucky charms, he is a master at slaying dragons and writing articles about films, television, and music.  Welcome Dr. Joel Hawkins.

Matthew Vaughn (Kick Ass, X-Men: First Class) has a new adventure he’d like to take now that he’s left the School of the Gifted.  Unaware as to whether he’ll direct or produce, Vaughn shared a dream of his with Deadline of hoping to invite Clint Eastwood, Warren Beaty, and Jack Nicholson back to “the lead again” instead of the supporting roles they’ve played so much lately.

His project derives from Late Night-styled Brit, Jonathon Ross who has written a comic called The Golden Age about a retirement community of former superheroes.  Called upon to aid their families, they’re brought out of the, what seems to be, Florida haven and back onto the streets.

The only problem with this idea, supposed problems brought forth by two authors, is it sounds very close to some ideas of the past, specifically those of Mark Waid and Gail Simone.  Waid wrote a story about a retired Superman (Kingdom Come) while Simone penned Welcome to Tranquility where superheroes had also entered retirement. 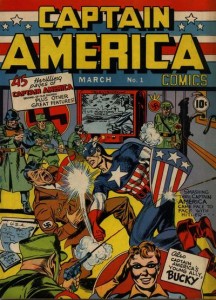 We have all seen different superheroes and comics, not to mention normal fictional stories.  Some are completely unique and some have very similar traits to others.  Robert Kirkman (The Walking Dead, Marvel Zombies) created Invincible, about a kid who has superhuman strength and the ability to fly.  That sounds awfully familiar, doesn’t it?  Is it still around?  Yes.  Was Kirkman sued?  No.  Should he have been?  Absolutely not.

Personally?  Much like the Warner/Fox battle over the rights to what became Zack Snyder’s 300, it wouldn’t faze me one bit to see the same war with different content happen.  To say the possibility of seeing the “man with no name” in a cape, Dick Tracy dawning some almighty scepter, and Jack Torrance breaking through a door once again but this time while being a protagonist excites me is more than an understatement.

All this to say, the stories sound similar.  They sound similar much like Family Matters and Full House did along with Growing Pains and Family Ties.  They were much alike but polar opposites at the same time.  All the while they were, and still are, wildly acclaimed.  At the end of the day, it’s not the same.  It sounds awesomer.  Yes, “awesomer”.

– Joel Hawkins is a part-time lover and a glasses-sporting nerd but male model at heart.