New “Black Joe Lewis” Comin’ at Ya’ in March… 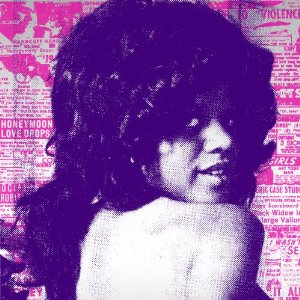 I think it is safe to say we can all collectively breathe a heavy sigh of relief. Black Joe Lewis & The Honeybears have a new record releasing in March.

The much anticipated follow-up to their breakout hit record, 2009’s “Tell ‘Em What Your Name Is!”, “Scandalous” is already proving to be another ace up their sleeves. Their funky, raw and youthful vibe to American funk and soul music makes this Austin, TX band a sheer class act, one certainly not to be missed..

“Scandalous” drops in record stores and online March 15th, with pre-orders now being taken via the band’s label, Lost Highway Records. The new album is available in several different formats. The ‘Autographed Deluxe Package’ comes with an autographed poster, clear vinyl LP (as part of Lost Highway Record’s 10 Anniversary), CD copy, a bonus 6 track LP of covers and instant downloads of “Livin’ In The Jungle”, “Booty City” and “She’s So Scandalous” (which have already been blaring on my iPod!) You can also pre-order the regular ‘Autograph Package’ which comes with autographed poster, CD and instant download of “Booty City”. For those who aren’t quite hip to vinyl yet, choose from either the deluxe MP3 or standard MP3 formats. Did I mention the ‘Deluxe Autograph Package’ is only limited to 300 copies world-wide?!? Yeah, you better jump on that. I’ll be waiting by my mailbox…

Black Joe Lewis & The Honeybears will also be touring the country in support of their new record. Check out their website for dates and venues.

I love the cover art, by the way. Looks like something from one of my favorite poster printers, Print Mafia!