J.J. Abrams Lets Us In On Some Of The Mysteries Surrounding Super 8!!! 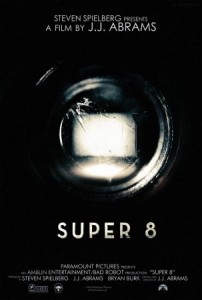 Over at HERO COMPLEX, they have a story and interview with J.J. Abrams and he gives us some insight into this world surrounding his film, Super 8.  This film has been top secret, so I don’t know if Abrams is throwing us off or not, but I can;t wait to find out.  It is going to be one thrilling summer.

Sitting in his Santa Monica office late last week, J. J. Abrams was the picture of a conflicted filmmaker. For months, he had guarded every detail about his upcoming movie, but now, against all of his instincts, the writer-director knew it was time to reveal the secrets of “Super 8” — or at least some of them.

“This is the first time I’ve talked about the movie with anybody that wasn’t working on it,” a fidgeting Abrams said of the June 10 release – the third feature he’s directed, following the hits “Star Trek” and “Mission: Impossible III.” Abrams, the co-creator of the ABC series “Lost,” would much prefer to keep quiet right up until opening night, but he and producer Steven Spielberg have seen this summer’s intensely dense release schedule and are too invested in “Super 8″ to let it get lost in the crowd.”

No major movie this summer has been kept under wraps like “Super 8″ — all that’s really known about it comes from a teaser trailer from last year showing a stunning locomotive derailment and some sort of powerful beastie escaping from a military train-car — and Abrams likes it that way. ”Cloverfield,” the monster-movie with a similar state-secret approach, was produced by Abrams, along with partner Bryan Burk.

Sunday’s premiere of a 30-second commercial for ”Super 8″ during the Super Bowl, however, marks the beginning of the public life of the movie that Abrams would rather keep locked up in his basement for another four months.

“To me, all people need to know is that it’s an adventure about a small town and it’s funny, it’s sweet, it’s scary and there’s a mystery: What is this thing that has escaped? What are the ramifications of its presence? And what is the effect on people? But I know that’s not enough. Look, I feel we need a little bit of a coming-out party because we are up against massive franchises and brands and most people don’t know what ‘Super 8′ means. We’re a complete anomaly in a summer of huge films … and we don’t want to be so silent or coy that people don’t care or don’t hear about it.”

So, ladies and gentlemen, meet “Super 8,” a sci-fi film that has the monster-on-the-loose vibe of “Fringe“ (another television show that Abrams co-created) or “The X-Files” as well as a throwback spirit that in many ways evokes “E.T.: The Extra-Terrestrial,” “Stand by Me” and maybe even ”The Goonies.“  Those were all movies from the 1980s popcorn era that most shaped the sensibilities of the 44-year-old Abrams, and the film’s title has a similar heritage connection for him.

“Super 8″ takes its name from the Eastman Kodak film format that became a sensation with amateur movie-makers in the late 1960s and represented a rite of passage for several generations of aspiring directors, among them Spielberg and Abrams. The Paramount Pictures release is set in Ohio in 1979 and introduces a troupe of six youngsters who are using a Super 8 camera to make their own zombie movie. One fateful night, their project takes them to a lonely stretch of rural railroad tracks and, as the camera rolls, calamity strikes — a truck collides with an oncoming locomotive and a hellacious derailment fills the night with screaming metal and raining fire. Then something emerges from the wreckage, something decidedly inhuman.

During the Super Bowl, the world will get a taste of “Super 8″ with a commercial of quick-cut images that reveal the young faces, the small-town vibe and the vintage textures of a movie that includes plenty of time-capsule episodes — including a sparkling moment that will give “Reality Bites” a run for its money in the category of  best usage of  ”My Sharona.“ That’s the sort of detail that Abrams would rather keep close to the vest but on Thursday he allowed a visitor (yours truly) to watch about 30 minutes of “Super 8″ footage, which included an especially savage destruction of a gas station and a heartbreaking father-son conversation. During the visit, it was also apparent that Abrams believes he has something special with the film.

The movie began as two projects that ended up merging due to their individual deficiencies. The first was a non-fantastical tale of youngsters and the way they see the world and each other through the viewfinder of their Super 8 camera. Abrams took the vague notion to Spielberg and they decided to investigate further but a string of meetings with top writers in town ended with a lot of shrugs and consternation.  Abrams said “there was not much there and it was frustrating because it would not go away in my head. … I couldn’t tell you what the story was. I knew characters, I knew situations, I knew there were issues of class and a love story at the core and that it would be a coming-of-age movie. A lot of the writers were lukewarm.”

Paramount, meanwhile, had bought a separate idea by Abrams for a spooky film about the 1970s scrutiny of Area 51 and how anxious government officials decided the best way to protect the classified possessions of the increasingly notorious military base was to ship them off to other sites aboard midnight trains — one of which never reaches its final destination. With this project, Abrams had “a pretty cool premise but no characters to speak of … so I was in possession of two halves and it occurred to me after six months or so to put them together.”

The hybrid approach immediately won the affections of Spielberg. He told Abrams that for years he had tried to find a film that spoke to the specific heartbreak of divorce and then finally found it by making the unlikely decision to meld it with a sci-fi story. The result was “E.T.,” which had spaceships but was just as much a tale of a single-parent family and the loss of connection and home, for human and alien alike. “Super 8″ has a similar backbeat approach to heartache. The film begins with a small-town factory death that is very much of the real world.

“This is a movie about overcoming loss and finding your way again and finding your own voice,” Abrams said. “A boy who’s lost his mother and the man who’s lost his wife. There’s this father who, because of the era, never really had to be the parent. He’s a good man, he works hard, he’s a deputy in the town, but he’s never stepped up as father.”

The fact that the story is built around a half-dozen young characters presented profound challenges once the cameras started rolling.  Spielberg was a key voice in the casting process and Abrams also sought advice from old friend Matt Reeves (who just worked with a child cast on “Let Me In“), as well as Rob Reiner, who assembled a youth cast for the ages when he putRiver Phoenix, Wil Wheaton, Keifer Sutherland and Corey Feldman on the screen in ”Stand by Me.” All the advice in the world, though, couldn’t completely prepare Abrams for the “trial by fire” on the set.

“It was a little bit like being a parent where you kind of have to herd this group,” Abrams said. “They were all incredibly distinct and just amazing to work with. Two of the main kids had never been on the set of anything before. … I have to tell you after the first day or two I was horrified. It just took them 48 hours, though, to go from being complete neophytes to being on their way. It was incredible to watch, and as scary as it was for me I can’t imagine how scary it was for them.”

In the footage Abrams showed, there was one scene in which 12-year-old actress Elle Fanning is at work on the movie-within-the-movie with her young compatriots and stirs up so much emotion that the other kids are dumbfounded with a mixture of swoon and shock. It’s especially compelling stuff, and Abrams said the Georgia native is a preternatural presence in the cast. ”Elle was born to do this,” Abrams said, “and she is just eerie in her sophistication and wisdom.”

Abrams talked about much more — the challenge of creating a compelling alien that would capture the imagination of audiences, for instance — but it was off the record or for another day. The Super Bowl ad will go a long way to putting “Super 8″ on the radar of movie fans, but the director is reluctant to provide anything more than that blip on the screen. While contemporary peers such as “Iron Man” director Jon Favreau reach out to fans, bloggers and journalists throughout the filmmaking process for a thoroughly transparent view, Abrams longs for the muscle-car days of 1979 when movies had far more mystique.

“‘I’ve never done Twitter,” said Abrams, a man who has a tape cassette player in his car and is releasing a movie called “Super 8″ in the age of iPhones. All of that and the summer of blockbuster competition add up to worries about time and timing.

”We have such a challenge on this movie,” Abrams said. ”Yes, we’ve got Steven’s name on it and my name on it — for what that’s worth — but we’ve got no famous super-hero, we’ve got no pre-existing franchise or sequel, it’s not starring anyone you’ve heard of  before. There’s no book, there’s no toy, there’s no comic book. There’s nothing. I don’t have anything; I don’t even have a board game, that’s how bad it is. But I think we have a very good movie.”