The Force Is Strong With This One!!! See All Star Wars Bluray Related Items!!! 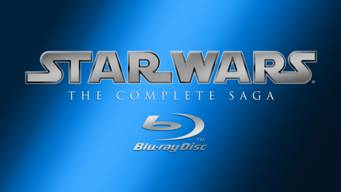 So a couple of days ago, I posted the news about the George Lucas releasing his Star Wars films on bluray this year.  See that story HERE!!!  Now I have all sorts of goodies for you in the forms of , trailers, footage from the CES announcement, and some info about the releases.  I hope you ENJOY!!

First up is the trailer for the Star Wars Saga on Bluray.  This just gets me all sorts of giddy.  Finally Star Wars in HI-DEF!!!

Next up I have some of the footage of the STAR WARS announcement from the CES 2011 SHOW.

THE MOST ANTICIPATED BLU-RAY RELEASE IN THE GALAXY

LAS VEGAS (Jan. 6, 2011) – The most anticipated Blu-ray release ever – the Star Wars™ Saga – emerges from light speed this September 2011. For the first time, all six of George Lucas’ epic films (Episodes I-VI) are united in one complete set. Fans worldwide are able to pre-order now with online retailers.

STAR WARS: THE COMPLETE SAGA ON BLU-RAY will feature all six live-action Star Wars feature films utilizing the highest possible picture and audio presentation, along with three additional discs and more than 30 hours of extensive special features including never-before-seen deleted and alternate scenes, an exploration of the exclusive Star Wars archives, and much more.

Flanked by a  legion of his finest  Imperial Stormtroopers, Darth Vader himself joined Twentieth Century Fox Home Entertainment President Mike Dunn at the Consumer Electronics Show (CES) to announce the release, vowing  “The forces of the Empire will be at your disposal to assure the success of this endeavor.’’

“The Star Wars Saga is the most anticipated Blu-ray collection since the launch of the high-def format,” Dunn said. “The epic franchise pioneered sound and visual presentation in theaters and is perfectly suited to do it again in the home, with a viewing experience only possible with Blu-ray.”

“With all six episodes available for the first time in one collection, this is a great way for families and home audiences to experience the complete Saga from start to finish,” said Doug Yates, Vice President of Marketing, Online, Distribution, Lucasfilm Ltd. “And with the quality of high-definition, Blu-ray provides the most immersive home experience possible.”

“The Star Wars franchise has been one of the most anticipated Blu-ray releases by Amazon’s customers,” said Bill Carr, Vice President of Music and Video at Amazon. “We think that Star Wars will be incredibly popular with our customers, and we expect pre-orders to be very strong.”

Also if you want to have some fun with that famous STAR WARS crawl sequence, head over HERE TO CREATE YOUR OWN!!!

Below are the three different Star Wars sets you can pre-order from Amazon by clicking on them.