“Stand By Me” Announced For Bluray!!! 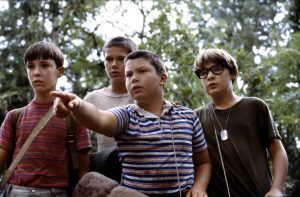 The much loved movie based on the Stephen King novella, “The Body” will be finding its way to bluray in March of this year.

In an early announcement to retailers, “Stand By Me” will be available on bluray on March 22nd.

The Blu-ray will feature 1080p video, a lossless 5.1 soundtrack, and supplements will include: Audio commentary with director Rob Reiner; Featurette: Walking the Tracks: The Summer of Stand by Me including interviews with Stephen King and Rob Reiner; Music video: Ben E. King, “Stand By Me”; and an all-new picture-in-picture 25th anniversary retrospective commentary with director Rob Reiner and actors Wil Wheaton and Corey Feldman.