“They F*ck You At The Drive-Thru!!!” Lethal Weapon Reboot Happening!!! 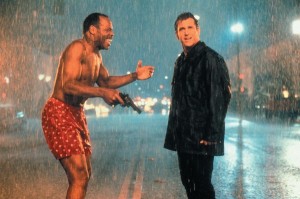 It looks like Warner Bros. and producer Joel Silver are going to bring back Riggs and Mutaugh once again for another Lethal Weapon film.  But this time it might be a reboot instead of a 5th sequel.  So basically we will get new generation of actors with the same story.  Nothing  is set in stone yet, so the possibility of having Danny Glover and Mel Gibson reprising their roles is not completely out of the question, but it looks that way.

According to DEADLINE, Warner Bros. has hired writer Will Beall to write a script for them and Joel Silver.  Will Beall has written a script for director Ruben Fleischer (Zombieland) for a film called “Ganster Squad” and supposedly it is getting great buzz.

Now I know why it isn’t exactly the best idea to make another Lethal Weapon sequel.  Given Mel Gibson’s recent problems that have been widely publicized in the media, Warner Bros. is not willing to put tons of money into a sequel with him, because of the high possibility of it being a box office dud and a huge blow to the franchise. 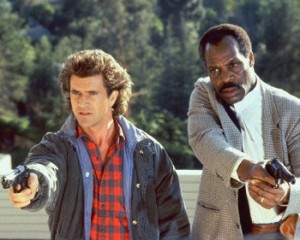 Joel and Warner Bros are kicking the name of Jeremy Renner around for him to be a big role in this reboot.  Jeremy Renner was the main character in the Oscar Winning “Hurt Locker” film.  I can just see it now.  Jeremy Renner is a crazy Iraq veteran who now has a job at a police department who will team up with either Terrence Howard or Cuba Gooding Jr.  Also You really cannot replace Joe Pesci.  Period.