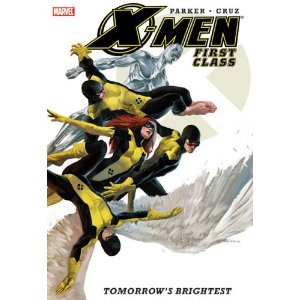 Here is the first photo of Matthew Vaughn’s X-Men: First Class which I don’t think was particularly supposed to be released yet.  The whole picture just looks sort of strange and odd at t the moment.  Needs more tweeking.  But it is cool nonetheless.

As you know Matthew Vaughn directed Kick-Ass, Stardust, and Layer Cake while he produced Snatch and Lock, Stock, and Two Smoking Barrels.

I believe a higher res and cleaner picture will be released soon.