Bluray/DVD Releases for the 3rd Week of January!!! 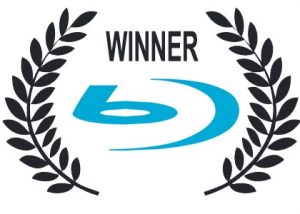 Some really cool releases this week on bluray.  Some great criterion releases in high def, plus a couple of Ryan Reynolds films and some plain old fun classics.   As usual, you will get some info about the disc and the extras that come with the movie as well as a personal opinion about the movie and a link to purchase the film over at AMAZON where you can save quite a bit of money, and it will give a small percentage kick back to this site so we can continue bringing you excellent stories and sales.

THE ARMY OF CRIME (BLURAY)

Now the tagline at the top of this bluray is “THE REAL INGLORIOUS BASTERDS”.  But it is not about a Jewish band of Nazi killers, but rather about an ultra violent French Resistance group that has their way with Nazis.  Also this film is supposed to be 100% true.  An ultra violent film.  In Paris, 1941, Armenian poet Missak Manouchian leads a motley crew of foreign-born resistance fighters in clandestine battle against the Nazi occupation. An initially reluctant Manouchian and his team must resort to guerilla tactics and radical measures in the name of liberty. News of their daring attacks, including the assassination of an SS general, eventually reaches Berlin, and the Manouchian group ultimately have to answer for their brutal role in defending France as the cradle of freedom. SPECIAL FEATURES INCLUDE: Interview with Director Robert Guediguian, Interviews with stars Simon Abkarian and Virginie Ledoyen, Trailers and more! OFFICIAL SELECTION: CANNES FILM FESTIVAL, THE NEW YORK TIMES-CRITICS PICK

Ryan Reynolds should be nominated for an oscar for this role.   Paul Conroy (Reynolds) is not ready to die. Beaten and buried in a wooden box by Iraqi insurgents who attacked his civilian convoy, Conroy is left with only a cell phone, a lighter and 90 minutes to save his own life. He has only the voice of his kidnapper to help him piece together clues that could lead an elite team of special agents to his location and time is not on his side. Fighting despair, panic and delirium, Conroy focuses on his only link to the outside world – a cell phone with poor reception and a rapidly draining battery – to keep himself alive for himself and his family back home.

From the director of “Mongol” comes this violent film that is exquisitely well done and actor Jay Hernandez is brilliant in it.  A war epic with amazing action. A legendary warrior arises to unite a group of clans against an onslaught of besieging enemy hordes.  Worth checking out.

I really enjoyed the first season of this show.  It had suspense, character development, action, murder, witty writing, and tons more going for it.    Glad this is out and for a cheap price too.  Timothy Olyphant (Damages and Deadwood) stars as a modern-day Western hero based on the character created from legendary crime novelist Elmore Leonard from his short story, “Fire in the Hole.” Deputy Marshall Raylan Givens (Olyphant) is exiled to his hometown of Harlan County, Kentucky after the shooting of a Miami drug cartel hit man raises debate over his renegade style of law enforcement. Unfortunately it isn’t long before the people he left behind begin to surface in the most unexpected ways. Raylan’s new job pursuing prison escapees, fugitive con men, and a corrupt local sheriff has never been more intense. Find out what makes Raylan’s Wild West, gun-slinging actions Justified in this thrilling first season

Yet another Sam Fuller film that is just badass.  In Shock Corridor, the great American writer-director-producer Samuel Fuller masterfully charts the uneasy terrain between sanity and dementia. Seeking a Pulitzer Prize, reporter Johnny Barrett (Peter Breck) has himself committed to a mental hospital to investigate a murder. As he closes in on the killer, madness closes in on him. Constance Towers costars as Johnny’s coolheaded stripper girlfriend. With its startling commentary on race in sixties America and daring photography by Stanley Cortez, Shock Corridor is now recognized for its far-reaching influence.

Now for those of you that know me, I love Ernest movies.  I always have.  I always will.  And you get three films for $6.99.  You can’t beat that.  Sad to see that Ernest Saves Christmas is not in this set, but I can’t complain.  Maybe one day we will get an ultimate Ernest set in the Criterion treatment.  Can somebody run  some mock up art work for the Ernest Criterion Collection Covers??  Love these films.

Well that’s it.  Stay tuned for next week.