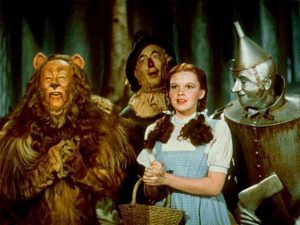 It seems that people still cannot get enough of The Wizard of Oz or the hit Broadway musical, “Wicked”.  ABC Network is developing an eigh hour mini-series called “Wicked” which will be set in the “Wizard of Oz” universe.

The new series will be based on the Gregory Maguire novel, “Wicked” which also inspired the stage play.

The series is supposed to tell the story of “The Wizard of Oz” from the point of view from the heroic Witch of the West.

The new tv series is being written by Eric Jendresen who wrote “HBO’S Band of Brothers”.

Read more about the show by clicking HERE.