Find Out Who Won the Lead Role For The “Total Recall” Remake!!! 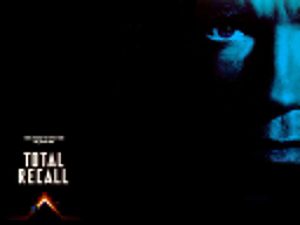 Yes there is going to be a Total Recall remake and it will begin shooting on May 15th of this year.  And according to producer Neal Moritz, it will NOT be in 3D.  He did however say who will lead the cast….

Colin Farrell will replace Arnold in this remake of the mega hit sci-fi action thriller.

Moritz discussed the film as being a “big scope” film, even bigger than his previous movie, “Green Hornet”.

He also said this:

“I think the world that Len Wiseman is creating is incredible. It’s a real world, a real future world, where the cities have just gotten so overcrowded that the cities are just built up, up, up, up. It’s just everything I see on the movie, every pre-vis I see on the movie, every conceptual drawing on this movie that I see just makes me more and more excited. We’re playing it like a real world, but there’s all these technological advancements to the real world, and it’s just really, it’s cool. It’s an awesome movie. I’m dying—as a fan of movies, more than anything, it’s a movie that I’m just dying to see.”

Now the other news is that this project is being directed by Len Wiseman who has made a few terrible films.  He is known for directing “Underworld” and “Underworld: Evolution” as well as the 4th installment of Die Hard which was called ,”Live Free or Die Hard”.  So instantly my hopes are not high for this film at all, but I do think Colin could possibly turn it around.