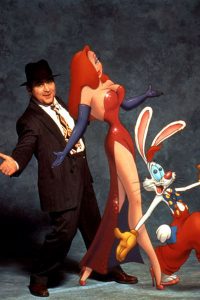 Director Robert Zemeckis has been talking for years now on making the sequel to Who Framed Roger Rabbit.  In April of 2009 Zemeckis said he had a great idea for the sequel and in July of 2010 he said he has been discussing the sequel plans with original actor Bob Hoskins and also revealed that the original screenwriters were currently writing the script.

Also, a newly uncovered 1998 test which turned Roger Rabbit into a computer animated character in the live-action world. The test footage is below.

I would love a sequel to Roger Rabbit.