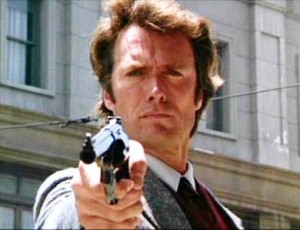 Let me just say that Clint Eastwood is a badass.  He is one great actor.  Might be one of the greatest actors of our generation.  Not to mention he is one hell of a damn fin director as well.

In a recent interview Clint tells us that he was offered some cool movie roles.

He said, ““I can remember – and this was many years ago – when [Warner Bros. President] Frank Wells came to me about doing Superman. So it could have happened. This was when they first started to think about making it. I was like, ‘Superman? Nah, nah, that’s not for me.’ Not that there’s anything wrong with it. It’s for somebody, but not me. ”

“I was also offered pretty good money to do James Bond if I would take on the role. This was after Sean Connery left. My lawyer represented the Broccolis,” who produce the Bond franchise, “and he came and said, ‘They would love to have you.’ But to me, well, that was somebody else’s gig. That’s Sean’s deal. It didn’t feel right for me to be doing it. ”

“I always liked characters that were more grounded in reality. Maybe they do super things or more-than-human things — like Dirty Harry, he has a knack for doing crazy things, or the western guys — but, still, they’re not caped crusaders.”

Oh my God!  Just thinking of Clint Eastwood as Kal-El blows my mind or even 007.  So Cool!