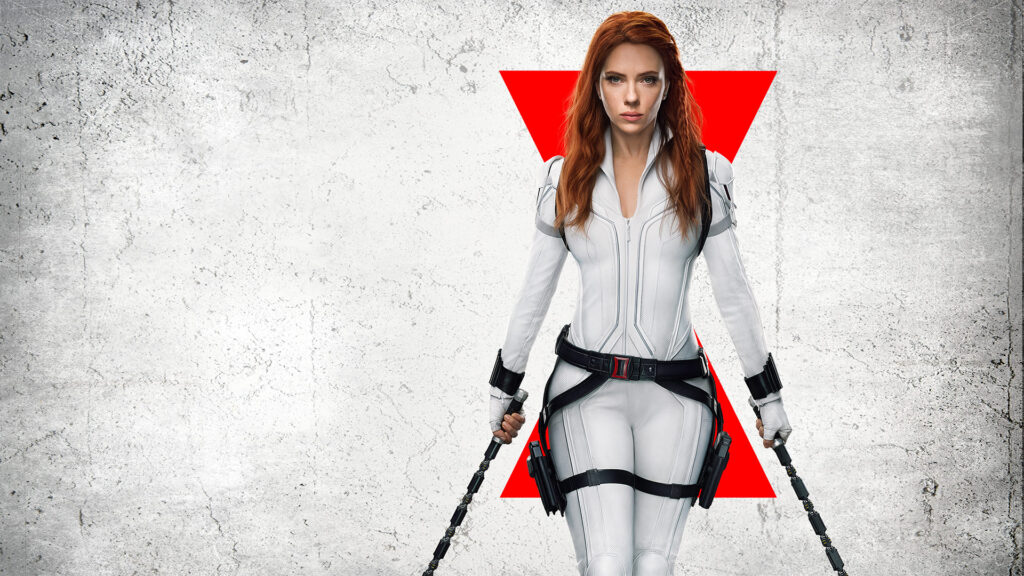 Black Widow finally tells the origin story in full for Natasha, while introducing new characters that will be sticking around in future films. The action-packed scenes are astonishing and the chemistry between the characters is infectious. The 4K with HDR video presentation is wonderful and a step above the 1080p HD version and the Dolby Atmos track is out of this world. The bonus features are too quick for anything substantial and are less-than-thrilling. Still, this release comes Highly Recommended!

The Fallout of Civil War left The Avengers a broken family with some superheroes on the run and the others in jail. Natasha Romanoff was one of the lucky ones to find herself free of a jail cell and looking to take a break from the superhero life for a much-needed vacation. That vacation barely lasts a few hours when she is thrown into one of her biggest adventures and a fight for survival as she must confront the horrors of her past in her very own feature film – Black Widow. This is a nice welcome back to the MCU and although it’s bittersweet to see Natasha on the big screen again knowing her ultimate fate from Endgame, this film lets it be known that the Black Widow is indeed one of the greatest Avengers to have ever lived. 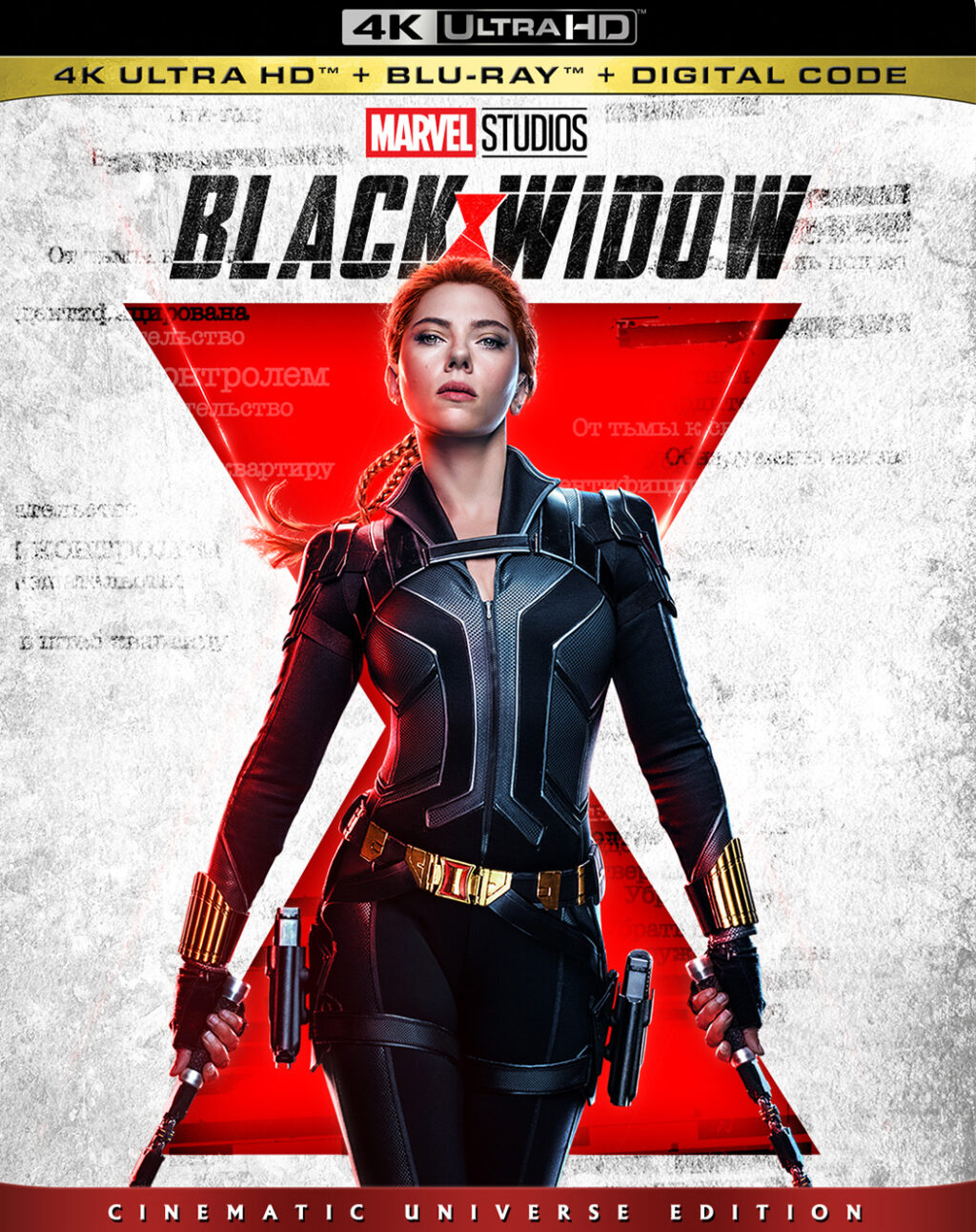 Black Widow comes with a great-looking 2160p 4K UHD transfer with an aspect ratio of 2.39:1 that has significant vivid detail and a more nuanced color palette than the 1080p Blu-ray disc, thanks to the HDR enhancement.

Right from the start, the color palette jumps high in a flashback chase scene at night. The colors of the interior of the house have an amber tint with reds and faded greens and oranges. When the chase sequence activates, police lights of blue and red are intense against the backdrop of darkness with some faint green lights on the plane and even the several shades of bluish-green in the little girl’s hair. After this, there are some big action scenes that are steeped in amber and red tints, all of which have varying levels of shading due to the excellent HDR, such as the final act inside the base that houses all the widows. The black and red suits look excellent here. Aside from those, there are some natural-looking exteriors that cover some great elements of foreign cities. The big escape on the snow reveals wonderful white levels and blue skies that have some very good bursts of orange and red explosions. Black levels are inky and rich with no real signs of murky shadows or bleeding. The skin tones are natural as well in well-lit situations.

With all of the stylized filters, the detail isn’t hindered either. Closeups reveal individual hairs in beards and on top of the actor’s heads, practical makeup effects, gory wounds, facial pores, and more. Textures in the superhero outfits look fantastic and showcase the intimate threads and even the dirt and debris that is attached when in action mode. Wider shots of the city buildings all show the necessary wear and tear of an old town while the new evil lair has sleek designs and polished walls and floors. The big CGI sequences never look soft or blurry, but rather so some immense detail as everything is exploding from the sky. Lastly, there were no major instances of any harsh banding or aliasing. 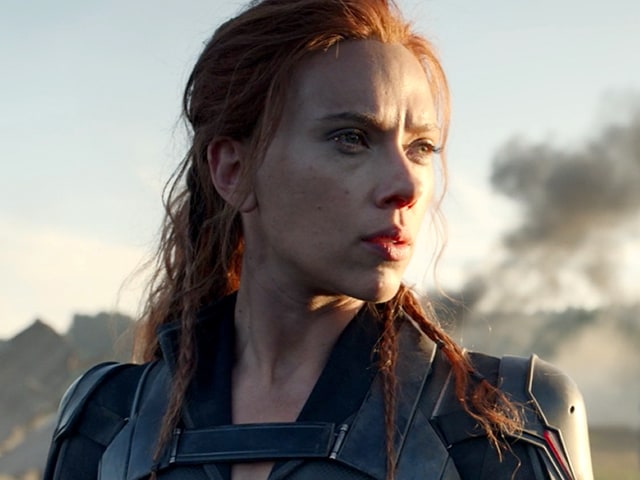 This release comes with an impressive Dolby Atmos track that delivers all the goods for a movie in the MCU. Sound effects are excellent and full of life from the first scene.

Gunshots ring out with a big blast, vehicle engines revving wand tires screening sound excellent and the plane taking off is simply phenomenal. The police sirens and gunshots that hit metal all sound great as well. Once this first scene is over, the bigger action sequences of explosions, fight choreography sounds, and motorcycle chase scenes are incredible and are extremely immersive. The quieter scenes allow for the necessary reverb in small or large places with a nice echo.

Atmospheric noises of guards yelling at the prison base, gunshots flying by in all directions, and big explosions full of fiery debris all sound off nicely from the surround speakers. The low end of bass brings in a strong rumble often and never ascends into a rocky or overbearing territory. The height speakers are used often as well, with people shouting from above, gun blasts hurling overhead, and a large explosion raining debris down from the sky. With the impressive score, especially that iconic Marvel suite sounds excellent, while the dialogue is clean, clear, and easy to follow, free of any problems. 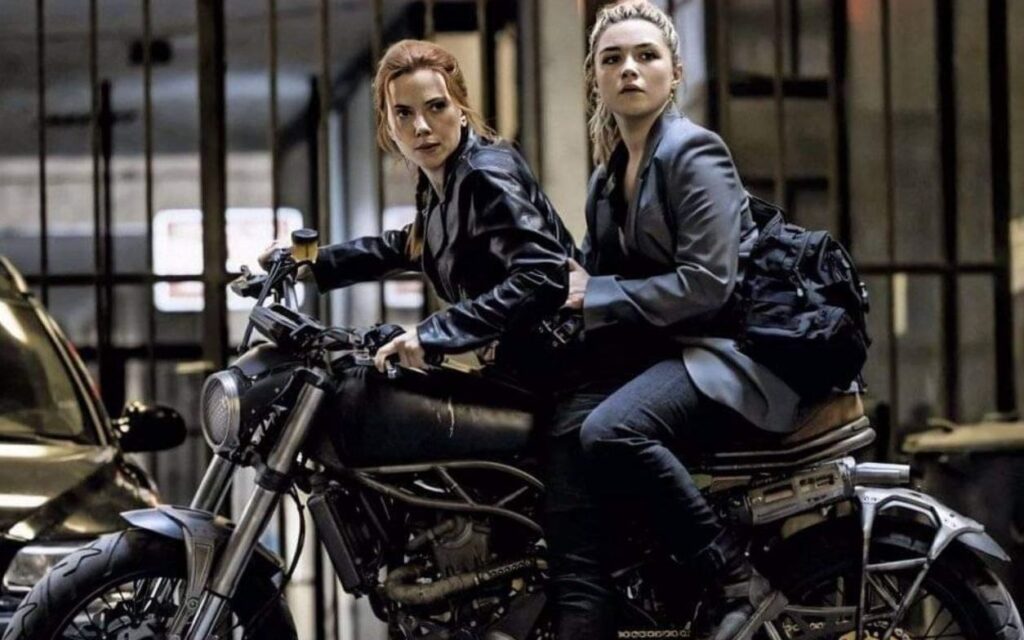 There are 33 minutes of bonus material, including some run-of-the-mill behind-the-scenes look with cast and crew interviews. This is general EPK fluff. There’s a handful of deleted scenes and a gag reel. Nothing too informative or entertaining to look at.

Sisters Gonna Work It Out (HD, 6 Mins.) – The cast and crew talk briefly about Scarlett and Florence coming aboard the film and their characters with some behind-the-scenes footage spliced in. There are quick glimpses of stunt work and more.

Go Big If You’re Going Home (HD, 9 Mins.) – Another short extra with the cast and crew discussing making the film, the production in Budapest, bringing this character her own film, some of the stunts in the film, and more. There are some quick looks at some of the on-set footage of the stunts and acting on location.

Deleted Scenes (HD, 14 Mins.) – There are nine deleted scenes in total, none of which are big omissions, but rather extended sequences. There’s nothing of note to see here.

Black Widow is an excellent send-off for the character that brings in some wonderful action-packed sequences, a genuinely sweet backstory, new lovable characters, and more. This 4K release has an amazing UHD transfer with HDR and an explosive Dolby Atmos track. The bonus features are less-than-desired though. That being said, this is a great addition to the MCU franchise and is Highly Recommended!