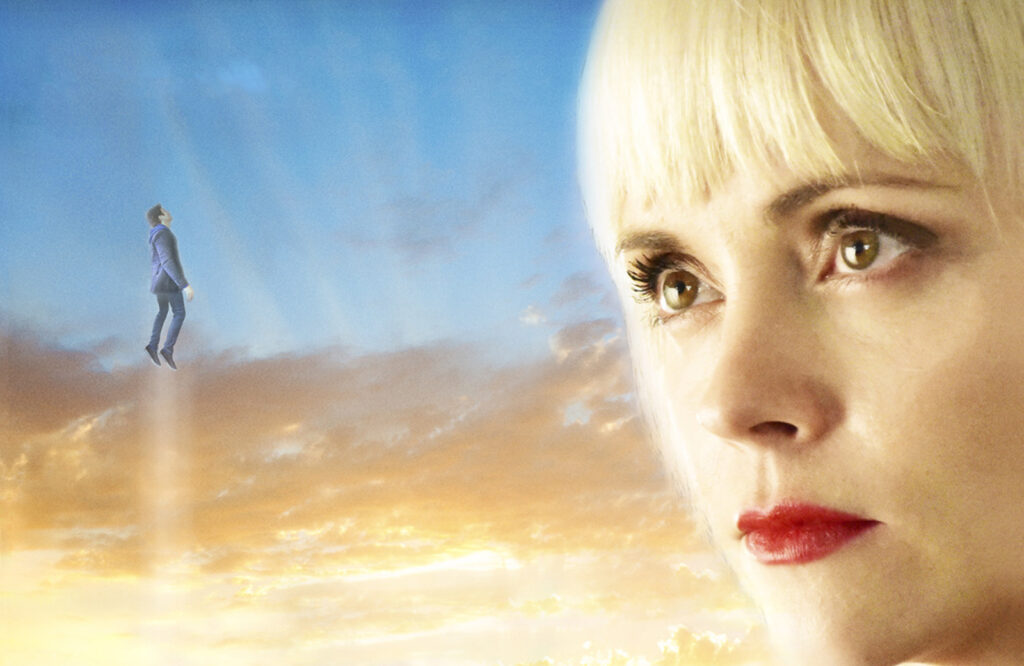 “Here After is a wonderful indie romantic-comedy that has something beautiful to say and has fun while it gets the point across.”

More often than not, romantic comedies follow a simple, tried and true formula that follows two people who fall in love, have a spat, then end up getting together with a pop-music swell and a kiss at the end with some comedic one-liners. So it’s always a breath of fresh air when a film and filmmaker step outside of that box and do something a little different. Edgar Wright did it with Shaun of the Dead and now Harry Greenberger has done it with Here After, a film about dead people looking for their one true love in order to get to the next life or heaven. The elements of a dark romantic-comedy, along with some science-fiction practices make up the ingredients of the remarkable story that takes the Patrick Swayze movie Ghost to further places. Here After is a gem of a movie about dating in the afterlife.

Here After follows a man who has just gone through a spectacular public breakup but then immediately dies in a vehicular crash. He’s instantly transported to a Purgatory world that looks exactly like the one the living is commuting in, but nobody can see or hear him. He figures out through time and one Christina Ricci that in order to move on from this Purgatory state of being, he will have to find his One True Love before ascending into a heaven-like place for eternity.

It turns out though, most of the dead people in this Purgatory are perfectly content being loners and not finding their soul mates, which leaves them to hang out in bars and consume the only thing that is allowed – hard alcohol or in a clever way – spirits. One could spend a long time – forever perhaps – hanging out in a soulless place, sipping libations with no taste and having snarky conversations about others, but there’s more to life and even death than that as this main protagonist tries so hard to figure out before its too late.

One of the key ingredients in Here After is that perfect balance of comedy and drama and Greenberger’s script and execution nails it. Watching the dead mock and mess with the living is hilarious here, but then can turn itself on a dime and enter the mind and psyche of a man who wants simply to be loved by someone else, which in the end, is what most if not all people are looking for. There are some great jokes and some genuinely emotional moments throughout, including a fantastic scene about the Kobayashi Maru.

The score by the impressive Joe LoDuca (Evil Dead and Army Of Darkness) and Angelo Badalamenti (David Lynch films) is fantastic and always adds to the dynamic of melodrama and comedy. Performances by everyone are also extraordinary and really bring home the themes of the film. Here After is a wonderful indie romantic-comedy that has something beautiful to say and has fun while it gets the point across. What a fantastic and brilliant story with amazing characters. This is how to take the next step in the romantic comedy genre.

OPENING AT THE CINEMA VILLAGE IN NY & ON-DEMAND EVERYWHERE 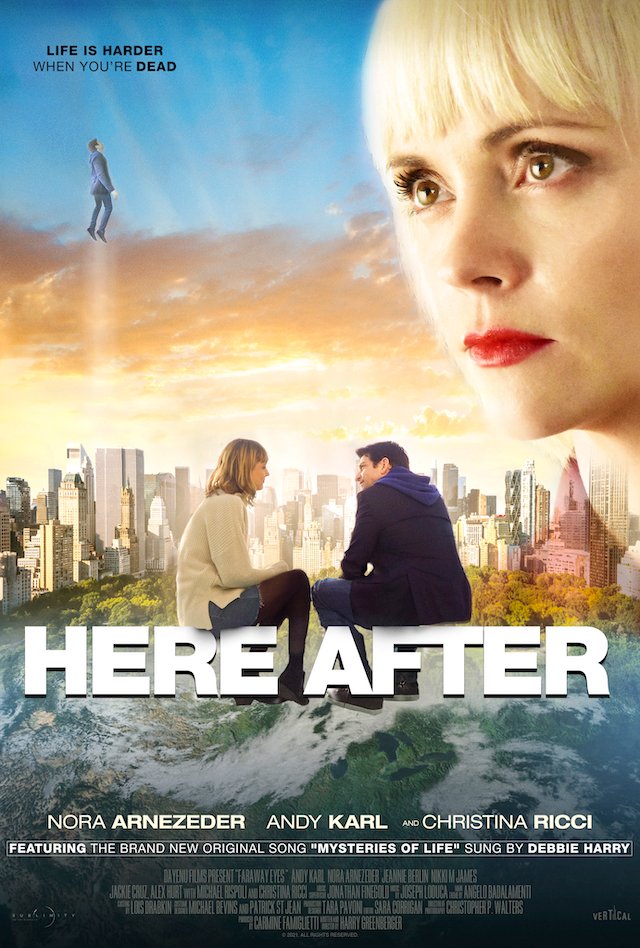