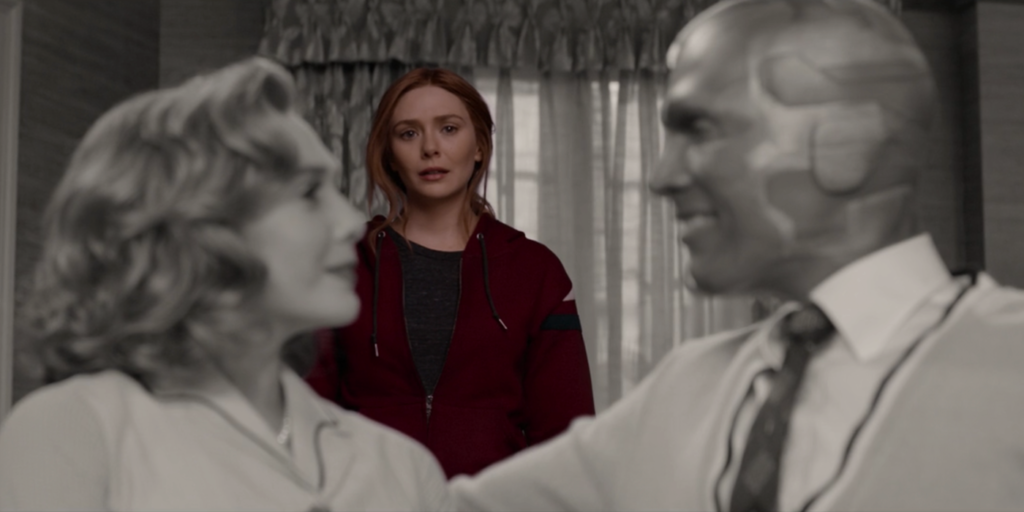 Episode 8 of WandaVision is the densest episode of the series so far. Spanning decades and visiting moments from the MCU’s past to give the viewer a new perspective on the entire history of Wanda. The episode opens with a flashback to Salem, Massachusetts in 1693 to show Agatha being put to death by a coven of witches who claim she has been using dark magic. As the coven starts to drain Agatha’s energy with blue-colored energy, Agatha turns the magic purple and takes the life force from each witch. As Agatha drains all life from the witches she reveals that the leader of these witches is her mother and Agatha kills her too, absorbing all her powers.

Next, we are in Agatha’s basement in Westview where she reveals to Wanda that in this basement only the witch who cast the protection spell can use magic. Agatha is clearly more powerful than Wanda here and seems annoyed at how confused Wanda is. Agatha reveals that she only wants to know how Wanda became such a powerful witch suddenly when Wanda doesn’t know Agatha creates a doorway to walk through her past.

The first moment is Wanda’s childhood where we learn her family would gather at night and watch DVDs of old American sitcoms. As the family watches Dick Van Dyke a stark missile blows up their home. Wanda and Pietro hide under the bed and stare at the Stark Industries missile just as they told Tony they did in Age of Ultron. The difference this time is that Wanda, unbeknownst to her, used a spell to prevent the bomb from exploding whereas we previously believed it to be a dud it turns out it was Wanda’s power. Agatha is floored by this and reveals to the audience that Wanda was a witch from birth but was never trained.

In order to find out how she got so powerful, Agatha takes Wanda to her memories of volunteering for Hydra. When Wanda is exposed to Loki’s scepter the Infinity Stone reveals itself to her and increases her powers while showing her a faint image of the full Scarlet Witch. As she was the first to survive the Hydra plan they put her in isolation where she watches sitcoms on a TV waiting for her chance to be radicalized and fight.

Agatha now understands that Wanda was just a low-level witch who got her powers increased by the Infinity Stone but doesn’t understand how she can create this entire World. Everything in Westview is real. Wanda’s kids are real, the people are real, and Pietro is real…so now Agatha wants this power but needs to understand how she can create like this. Wanda’s next memory is when she and Vision lived in the Avengers compound during Civil War. This scene serves as a meet-cute for the audience to see Vision trying to become a little more human by relating to Wanda and her grief. It is actually a very sweet scene they have while in the background Malcolm in the Middle is playing. 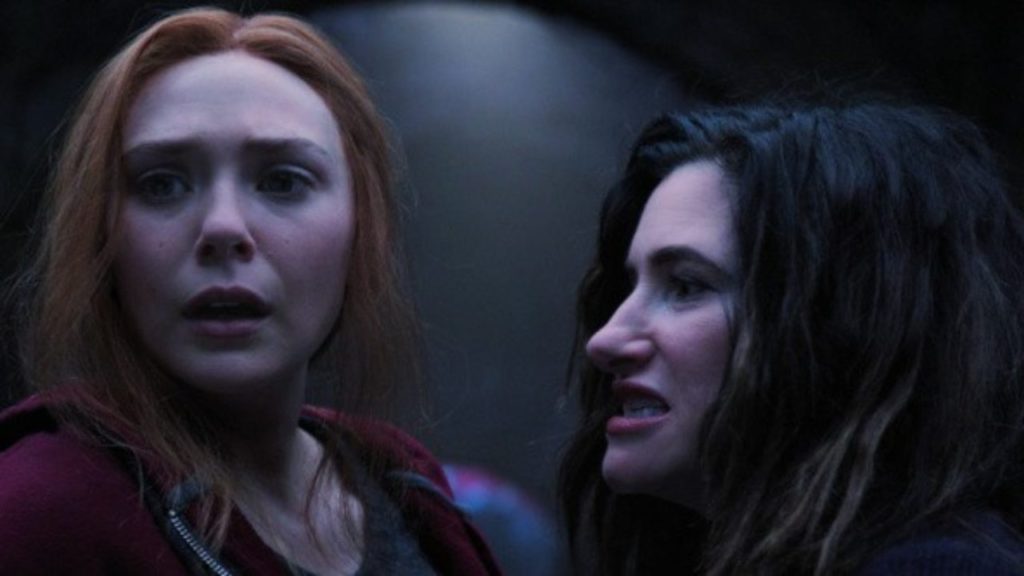 The final memory is when Wanda goes to SWORD to get Vision’s body to bury it. Turns out that the head of SWORD is a liar. We see that Wanda never stole Vision’s body. SWORD showed Wanda that they were taking his body apart and it upset her but when she came down to his body she touched his head and realized he wasn’t in there and she left without his body. After leaving SWORD headquarters without Vision, Wanda travels to Westview and we discover that Vision had purchased her a small plot of land to build a home on. Overcome with grief she falls to her knees and her red powers pulsate out of her chest creating the Hex and more importantly the color changes to the color of the Infinity Stone and creates Vision in full. As the World turns black and white, Vision greets Wanda and they sit down to watch TV.

Wanda is the most powerful character in the MCU at this point. Her abilities when enhanced by the stone and overwhelmed with grief have created an entire miniature universe and Agatha wants those powers for herself. As Wanda leaves that final memory she is back in Westview and exits Agatha’s home to find Agatha floating in the middle of the road with purple ropes around both of Wanda’s children setting up quite a battle for the finale.

Not to be outdone, a mid-credits scene shows that SWORD actually rebuilt Vision and activated him with Wanda’s energy from the Hex. This Vision is pure white and is clearly not a good guy. So next week we will presumably have two witches battling, two Visions battling, Pietro and Monica involved, the kids will likely show their powers more during a battle, and considering Wanda appears in the Doctor Strange sequel and she is bending reality it wouldn’t be a shock if he shows up as a cameo. WandaVision is setting up quite a huge finale and it is going to be great.