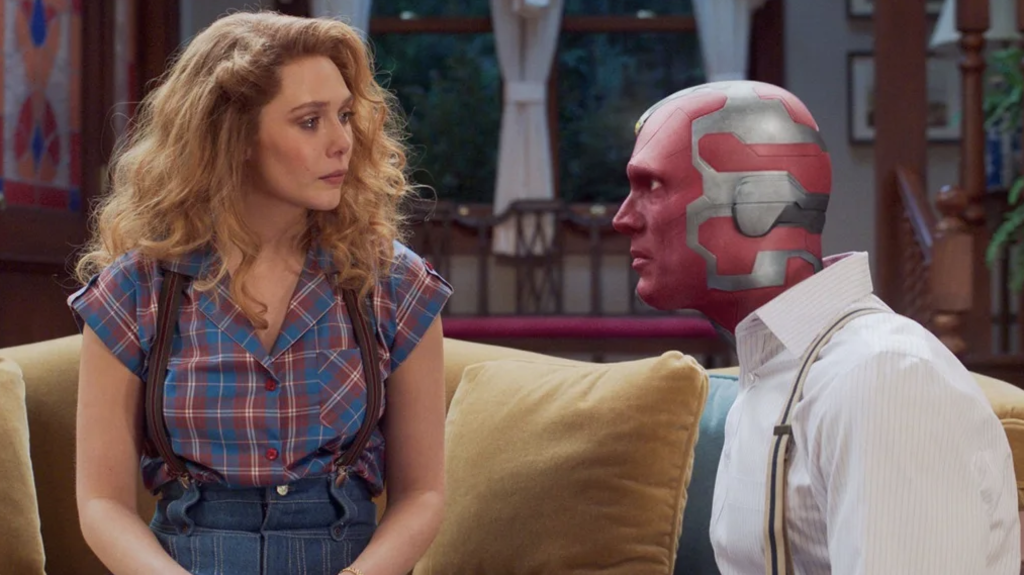 WandaVision’s transformation from a loveable Marvel sitcom sendup to a tense psychological thriller was complete with the series’ fifth episode. While the first two episodes had hints of something amiss and the third showed that something truly strange was going on the show still kept its light-hearted tone throughout. After last week’s episode which featured the SWORD team outside of Westview catching up to the same timeline we are on in the show, WandaVision started paying off its mysteries and weirdness immediately.

The fifth episode transports us to the 80s and opens with Wanda and Vision desperately trying to get their newborn twins to fall asleep. As they feel as though nothing will work, Agnes rings the doorbell and comes in to offer a hand with the twins. While Wanda is very thankful for Agnes’ help, Vision (in an 80s sitcom way) states they don’t really need it and this causes Agnes to completely break character and look at Wanda asking her if they should take it from the top. Despite Wanda acting confused by this moment, it is Vision who is really put off by it and even more concerned when Wanda plays it off like that moment never happened. As Agnes tends to the twins, Wanda and Vision realize it’s quiet and find the cribs empty. As they turn around they find that both the twins have aged to five years old. Nobody seems to bat an eye at how weird this is other than Vision.

Outside of Westview, Agent Woo, Monica, and Darcy try to understand what is going on with Wanda. Monica will not let the doctors retake her blood or x rays lending more evidence to the theory that she is enhanced somehow with powers. The director of SWORD seems to believe that Wanda is a terrorist and dangerous after showing his team the footage of Wanda stealing Vision’s body from SWORD headquarter. Agent Woo, Darcy, and Monica work together and hypothesize that Wanda is controlling everything and making actual items real. Even the outfit Monica was wearing in Westview is still intact and they learn it is made from the Kevlar vest that Monica wore when she got zapped into Westview. It appears that everything Wanda creates in Westview is real, including her twins. Darcy explains how dangerous it is to send something through ‘The Hex’ (the nickname Darcy gave the Westview forcefield) but Monica thinks she might know something powerful enough to get through the radiation and stay in contact with them. 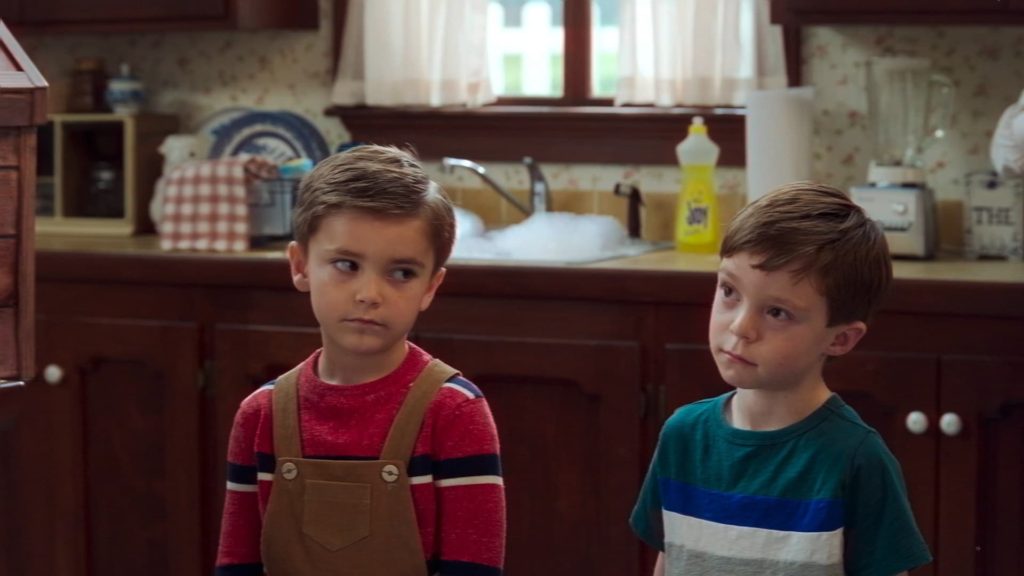 Back inside the two twins find a puppy which of course they convince their parents to keep. As the family discusses caring for the puppy, Vision predicts Agnes’ arrival with exactly the supplies they need for a dog. Vision’s facial reactions are really becoming a treat to watch as his concerns grow about what is happening here. The twins grow to age ten when Vision tells them they have to be ten to get a dog. At work, Vision is setting up 1980s computers and trying to connect to the internet his coworker after making tons of jokes about email opens up an email from SWORD that seems to snap Vision out of his character. He zaps his coworker who says he is in pain, he is a hostage, and to make it stop. Vision puts his coworker back under and heads home. At home, Wanda hears a drone coming through the forcefield piloted by Monica who tells her she just wants to talk. Of course, SWORD put weapons on the drone and they fire at Wanda.

Outside of Westview, Wanda walks through the forcefield and throws the drone at the director of SWORD’s feet. Monica tries to reason with Wanda but Wanda tells them to leave her alone and she has everything she wants in Westview. Wanda mind controls all of the SWORD soldiers to point their guns at the SWORD director and she goes back into Westview. Once inside she finds that the twins have lost their dog which is discovered dead by Agnes. Both of the boys are sad and ask Wanda to bring him back, one of the boys says, “Mom you saved Dad” which causes Wanda to break character and be really concerned about how he knows that. Just then Vision shows up to comfort the boys.

After the boys are asleep, Vision reveals what he learned from the coworker and Wanda denies it and tries to run the ending credits of the TV show. Vision shouts over the credits and continues to confront Wanda about who she is keeping her and what is going on. He rises up off the ground with his powers and she meets him as he shouts about how he can’t remember anything before Westview but that something is wrong and she is controlling it. Wanda calms him down but before she can completely quiet his fears about this place he asks why there are no children in Westview and why the playground is always empty. As Wanda begins to brush off these concerns of Vision’s, the doorbell rings. Vision believes Wanda caused this interruption to stop his line of questioning which she denies. They reluctantly open the door to find Pietro standing in the doorway as Wanda’s brother. Only twist? It is Quicksilver from the X-Men movies, NOT the MCU. The episode ends with Darcy watching from the SWORD tent saying, “She recast Pietro?!?” 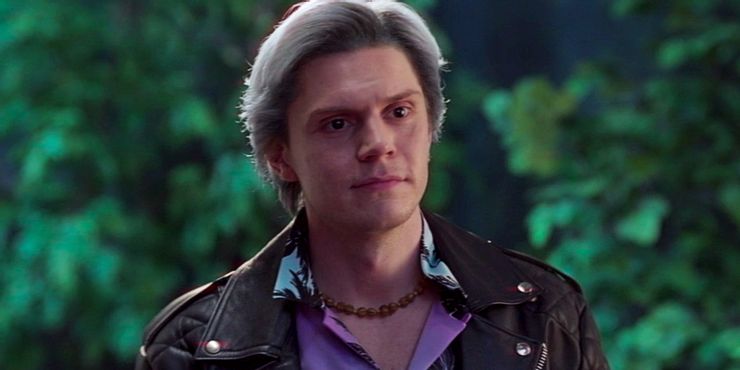 This episode really focused on Vision’s horror as he begins to realize things aren’t right but he can’t escape or even explain why yet. It also sets up Wanda as a villain who is just dealing with her grief in the most dangerous way possible. Some really exciting things are on the way from this series and Quicksilver’s appearance could change the entire MCU.