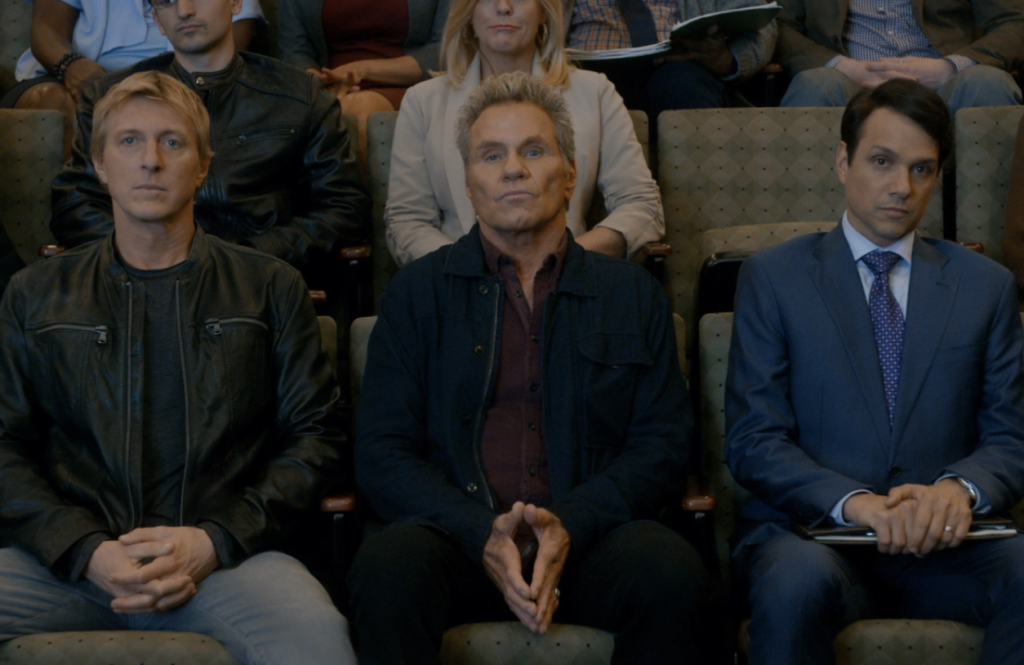 “Cobra Kai Season Three can stand next to shows like Breaking Bad and The Mandolorian in just how good at storytelling and developing characters this show can be. “

Nobody would have thought that the filmmakers who brought the world Harold and Kumar Go To White Castle and Hot Tub Time Machine (Jon Hurwitz and Josh Heald), could have delivered such a phenomenal, poignant, and pitch-perfect sequel series to the Karate Kid franchise with Cobra Kai – but they did completely and then some. Originally a YouTube original series, Cobra Kai Season Three finds its way exclusively to Netflix along with its previous two seasons and continues to be the flawless and amazing series that it is by telling a compelling and complex story with some truly remarkable characters and some impressive fight sequences. along with some fantastic cameos to boot. It can easily be said that Cobra Kai Season Three can stand next to shows like Breaking Bad and The Mandolorian in just how good at storytelling and developing characters this show can be. 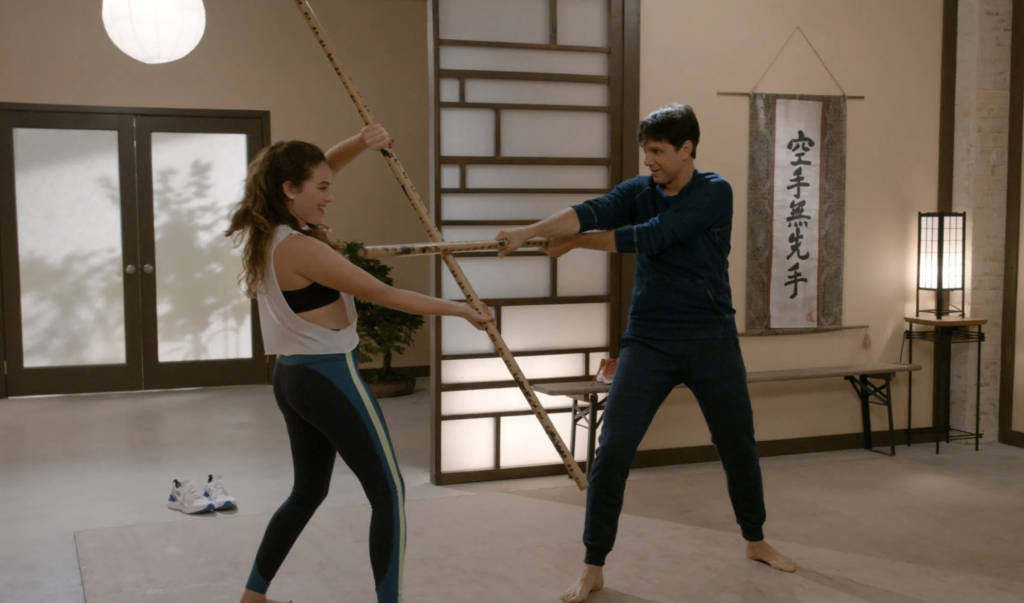 Season three picks up right where season 2 left off where Miguel is paralyzed and in a coma due to the epic school fight and fall from the second story. The entire All Valley neighborhood is up in arms about the fight where Daniel LaRusso (Ralph Macchio) and Johnny Lawrence (William Zabka) have to take a back seat in teaching their respective karate classes due to the escalating violence in kids. Robby is on the run after the school fight but is turned in to juvenile detention while Daniel and Johnny team up to make things better with kids. As Johnny works with Miguel to get better and walk again, Daniel’s car dealership falls on hard times that result in him heading to Mr. Miyagi’s hometown of Okinawa, Japan where he crosses paths with friends and foes from his past.

Meanwhile, the merciless sensei John Kresse (Martin Kove) is brainwashing more kids to take part in his sinister plan, while receiving some poignant flashbacks to him before Vietnam and the events that turned him into the villain he is today. It’s all done with perfect tone, pitch, and wonderful character development in each character, as season three rounds out more edges and delivers more twists and turns than ever before where enemies become allies and vice versa. There’s even one giant cameo from a fan favorite that is just amazing to see unfold on screen. 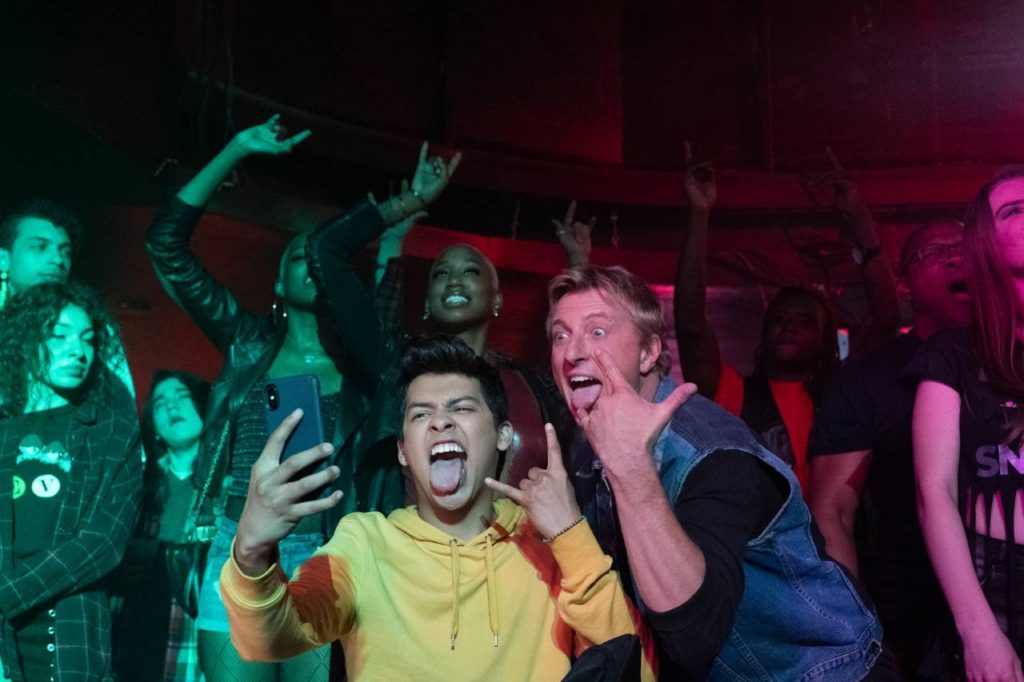 One series regular did not return to the show, being Aisha Robinson played by Nichole Brown. The Aisha character was an audience conduit in that she was the most relatable character from the real world to the fictional city of All-Valley and fighting in Cobra Kai. She was bullied and picked on, but then transformed into a gentle, yet fierce fighter – always knowing right from wrong. She is altogether absent from season three but is made mentioned to once about her whereabouts after the big school fight. This season though is jam-packed with emotion, surprises, and a ton of fun. The giant epic fight scene comes out of nowhere and is brutal to its core and has some amazing fight choreography.

One of the reasons this show works so well is William Zabka’s handling of the characters and story as he’s an ever-present producer of the show. He makes it self-aware and important in today’s standards and knows exactly the best path each character should take, including himself. Cobra Kai Season Three is the best yet, and the show as a whole is already up there with the greatest of all time.